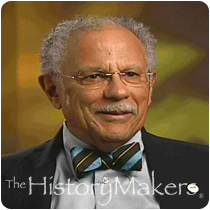 Distinguished scientist Warren M. Washington was born on August 28, 1936, in Portland, Oregon. As a high school student, Washington had a keen interest in science; after graduation he went on to earn his B.A. degree in physics and his M.A. degree in meteorology from Oregon State University. After completing his Ph.D. in meteorology at Pennsylvania State University, Washington became a research scientist at the National Center for Atmospheric Research (NCAR) in 1963. While serving in the position of senior scientist at NCAR in 1975, Washington developed one of the first atmospheric computer models of the earth’s climate; soon after, he became the head of the organization’s Climate Change Research Section in the Climate and Global Dynamics Division.

Among his many awards and honors, Washington received both the Le Vernier Medal of the Societe Meterologique de France, and the Biological and Environmental Research Program Exceptional Service Award for atmospheric science. Washington's induction into the National Academy of Sciences Portrait Collection of African Americans in Science, Engineering, and Medicine, was announced in 1997. Washington also received the Celebrating Twentieth Century Pioneers in Atmospheric Sciences Award at Howard University, and Reed College in Portland, Oregon, awarded him the Vollum Award for Distinguished Accomplishment in Science and Technology. Washington held memberships in the National Academy of Engineering and the American Philosophical Society.

In addition to his professional activities, Washington served as a mentor and avid supporter of scholarly programs and outreach organizations that encouraged students to enter the profession of atmospheric sciences.

See how Warren Morton Washington is related to other HistoryMakers
Donate Now
Click Here To Explore The Archive Today!