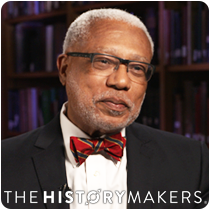 "Stay in the light"

Professor Walter Fluker was born on August 26, 1951 in Vaiden, Mississippi to Zettie Lou Pickens and Clinton Fluker. He served in U.S. Army as a chaplain's assistant from 1971 to 1973, received his B.A. degree in philosophy and biblical studies from Trinity College in 1977, and his M.Div. degree in 1980 from Garrett-Evangelical Theological Seminary. Fluker completed his Ph.D. degree in social ethics at Boston University in 1988.

From 1981 to 1986, Fluker served as pastor of St. John’s Congregation Church, U.C.C. in Springfield, Massachusetts and became university chaplain and assistant professor of religion at Dillard University in 1986. He then became assistant professor of Christian ethics at Vanderbilt Divinity School, and assistant pastor at First Baptist Church. In 1991, Fluker was named dean of black church studies and Martin Luther King, Jr. memorial professor of theology and black church studies at the Colgate Rochester Crozer Divinity School (CRCD). In 1992, Fluker became editor of the Howard Thurman Papers Project. He served as director of the National Resource Center for the Development of Ethical Leadership from the Black Church Tradition at CRCD in 1993. In 1998, Fluker joined Morehouse College as executive director of The Leadership Center (renamed the Andrew Young Center for Global Leadership), the Coca Cola professor of leadership studies, and professor of philosophy and religion. In 2004, Fluker served as visiting professor for the University of Capetown Graduate School of Business, and as a distinguished lecturer in the International Human Rights Exchange Program. Fluker was a distinguished speaker for the U.S. Embassy in Abuja and Lagos, Nigeria; Cape Town, Pretoria and Durban, South Africa; China; and India. Having served visiting professorships at Harvard University and Divinity School, Princeton Divinity School, and Columbia Divinity School, Fluker joined the Boston University School of Theology faculty as the Martin Luther King, Jr. professor of ethical leadership and director of the Martin Luther King, Jr. Initiative for the Development of Ethical Leadership in 2010.

Fluker has consulted for the Democratic Leadership Council National Conversation, Goldman Sachs Global Leaders Program, the Department of Education, the Department of State, and the Congressional Black Caucus Foundation. In 2004, Fluker joined the editorial board of American Association of Colleges and Universities’ publication, Liberal Education. In 2006, he served on the Boston University School of Theology board of overseers. Other boards he has sat on include the Atlanta Speech School, Trinity Press International, and the Howard Thurman Educational Trust. He is a member of Sigma Pi Phi Fraternity, Society for Christian Ethics and Society for the Study of Black Religion.

Fluker’s recent publications include The Papers of Howard Washington Thurman, and a 2016 publication ‘The Ground Has Shifted: The Future of the Black Church in Post-Racial America’ that received the Theology and Religious Studies PROSE Award honorable mention.

Fluker and his wife, Sharon Watson Fluker, have four children and six grandchildren.

Walter Fluker was interviewed by The HistoryMakers on November 12, 2018.