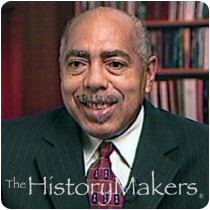 See how Walter E. Massey is related to other HistoryMakers

College president and physicist Walter E. Massey was born on April 5, 1938 in Hattiesburg, Mississippi. He was raised by his step-father, Almar Cleveland Massey, and mother, Essie Nelson Massey. Segregated society made life difficult for him and his family but his parents raised him with the mentality to stay safe, be proud, and deal with discrimination. During the tenth grade at Royal Street High School, Massey was awarded a full scholarship after taking a Ford Foundation exam and he skipped the rest of high school to attend Morehouse College. Under the tutelage of his mentor, Professor Sabinus H. Christensen, he fell in love with physics his first semester and earned his B.S. degree in 1958. Christensen, encouraged him to attend Washington University in Saint Louis, Missouri for graduate school. Massey earned his Ph.D. degree in physics at Washington University in 1966.

After graduate school, Massey briefly worked at Argonne National Laboratory before becoming a physics professor at the University of Illinois at Urbana-Champaign. He was one of only four or five black professors out of the 3,000-member faculty, and he participated in every black faculty and student association. Massey left Illinois to teach at Brown University where he created the Inner City Teachers of Science program and eventually became dean of the College at Brown. After ten years, Massey left Brown to become the director of Argonne National Laboratory in 1979. Argonne was operated by the University of Chicago where Massey was also a physics professor. After management reform at Argonne, he became the first black vice president for research between 1984 and 1991. Massey was the founding chairman of the University of Chicago Development Corporation and served in that capacity from 1986 to 1991. In 1991, he was appointed as the director of the National Science Foundation, where he served until 1993. Massey was appointed as provost and vice president for academic affairs for the University of California system and its three national laboratories in 1993. Massey returned to Morehouse College, his alma mater, but this time in 1995 as college president. Massey was president at Morehouse until 2007, and in 2010 became president of the School of the Art Institute of Chicago.

Massey has always been committed to expanding opportunities for minorities in science education. He sat on the President's Council of Advisors, Science and Technology (PCAST) under both President George H.W. Bush and President George W. Bush. Massey has been awarded more than twenty honorary doctorates and numerous awards for excellence in teaching. He has been active in several professional organizations, including the American Academy of Arts and Sciences and the American Association for the Advancement of Science. Massey has also been active in a number of civic, cultural, and community organizations. His wife is Shirley Anne Massey, and he has two sons, Keith Barnett Anthony Massey and Eric Eugene Massey.

Walter Massey was interviewed by The HistoryMakers on March 13, 2002.

See how Walter E. Massey is related to other HistoryMakers
Click Here To Explore The Archive Today!