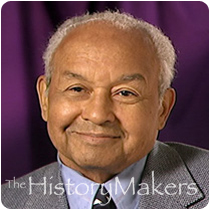 Walter H. Clark embodies the American image of the self-made man. After receiving his degree in accounting in 1951 from Southern Illinois University, Clark began what would become an exceptional career in banking as an accountant at the Illinois Federal Savings & Loan. In 1955, Clark joined the accounting team at the First Federal Savings & Loan of Chicago, the largest S & L in the state. During his time at First Federal, Clark acquired the reputation of an innovator. With keen investment skills, he ably managed First Federal's diverse portfolio. More and more responsibility transferred into his capable hands, so that by 1973, Clark was promoted to Executive Vice President, Chief Financial Officer and a member of the Board of Directors. While serving as the Executive Vice President of First Federal, now Citicorp Savings of Illinois, Clark received an M.B.A. from DePaul University and completed the Advanced Management Program from the Harvard Graduate School of Business.

Clark left Citicorp in 1986 for a position as Chairman of the Board of the Chicago Transit Authority (CTA). Clark revolutionized the city transit system by increasing minority involvement in contracting, acquiring new buses and streamlining internal financial processes. During this time, Clark also held a position as Vice President at Bear Stearns, a prestigious investment banking, securities trading, and brokerage firm. In 1991, however, Clark left both jobs behind to start his own business, the Clark Consulting Company, a full service asset management and financial planning firm.

Not confining his skills merely to the world of finance, Clark has always remained active in the community. As Chairman of Harold Washington's Finance Committee in 1983, Clark played a crucial role in Washington's successful mayoral campaign. He has served on numerous boards and committees including the Finance Authority for the Chicago Board of Education; the Board of Directors for the College of Business Administration for the University of Illinois and the University of Southern Illinois; and as the Chairman of the Peer Group, a group of CFOs from the ten largest savings & loans in the United States.