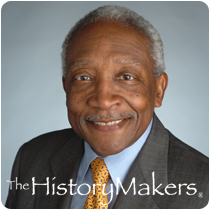 "Let's See If We Can Understand This."

Distinguished Professor of Public Administration and International Affairs, The Maxwell School, Syracuse University and former President of Clark Atlanta University, Walter Doyce Broadnax has led a distinguished life of public service. Born October 21, 1944 in Starr City, Arkansas to railroad man, Walter Broadnax and Mary Lee Broadnax, Broadnax attended Roosevelt Elementary School in Hoisington, Kansas. He graduated from Hoisington High School in 1962 as an outstanding senior. He earned his B.A. degree from Washburn University in 1967. A Ford Foundation Fellow, Broadnax earned his M.P.A. degree from the University of Kansas in 1969 and his Ph.D. from the Maxwell School of Citizenship and Public Affairs, Syracuse University in 1975.

From 1974 to 1975, Broadnax taught at Syracuse University and was a staff consultant to the New York State Department of Correctional Services. In 1976, he was appointed co-director, Joint International City Management Association/National Association of Schools of Public Affairs and Administration, Urban Management Education Program, Department of Housing and Urban Development, Washington, D.C. Until 1979, Broadnax was professor of public administration at the Federal Executive Institute while teaching at the University of Virginia, Howard University and the University of Maryland. He also worked as director of Services to Children, Youth and Adults for the State of Kansas in Topeka. Broadnax joined the Carter administration in 1980 as the Principal Deputy Assistant Secretary for the United States Department of Health, Education and Welfare. He was senior staff member for the Advanced Study Program of the Brookings Institution. In 1981, he joined the John F. Kennedy School of Government, Harvard University where he chaired the Massachusetts Executive Development Program and was founding director of the innovations in state and local government programs. In 1987, Broadnax was appointed president of the New York Civil Service Commission. He worked as adjunct professor of Public Policy at the University of Rochester from 1990 to 1993. In 1992, Broadnax served on the Harvard South Africa Program team and as a transition team leader for President Clinton. In 1993, he served as president of the Center for Governmental Research, and from 1993 to 1996, Broadnax worked as Deputy Secretary and COO of the United States Department of Health and Human Services. He also worked as a professor at the University of Maryland and Dean of Public Affairs at American University.

Broadnax is married to Angel L. Wheelock and has a grown daughter, Andrea.