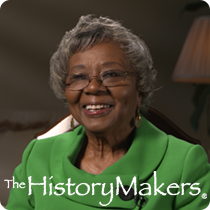 Maynor began her career in education as a third grade teacher in the Horry County School system. From 1969 to 1970, she taught in the Ridgeland South Carolina Public School system. Maynor then joined the Savannah-Chatham County Public School system as a teacher in 1970. She was promoted to the positions of assistant principal, principal, executive director of secondary schools, and deputy superintendent of instruction. In 1998, Maynor became the superintendent of Savannah-Chatham County Public Schools, where she remained until 2001. She was the school district’s first African American female superintendent. Maynor also represented the First Congressional District on the Georgia State Board of Education.

Maynor was a member of the Chatham Retired Educators Association, BAPS, and Alpha Kappa Alpha Sorority, Inc. She also served as president of the Savannah Chapter of The Links, Inc. from 1995 to 2015, as fund development chair of Greenbriar Children’s Center, Inc. from 2000 to 2012, on the Board of Directors for the Telfair Museum from 2009 to 2011, and on the Board of Directors for Hospice Savannah from 2008 to 2011.

Virginia Edwards Maynor was interviewed by The HistoryMakers on February 10, 2017.

See how Virginia Edwards Maynor is related to other HistoryMakers
Donate Now
Click Here To Explore The Archive Today!