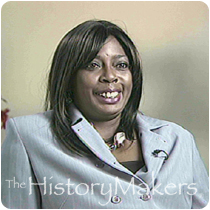 See how Vicki Hallman is related to other HistoryMakers
Donate Now

Vicki Hallman was born in Dallas, Texas on October 20, 1954. She grew up in the Hamilton Park neighborhood in Dallas, attending public schools there. After graduating from Hillcrest High School in 1972, Hallman attended East Texas State University, where she earned her B.A. degree in pre-law and psychology in 1976.

After graduating, Hallman was hired by the Paris Outreach Clinic in Paris, Texas, and in 1977, she joined the Texas Department of Criminal Justice. Over the ensuing years, Hallman rose through the ranks, and by 1989 she was a parole supervisor. In 1995, she was named the assistant regional director for Dallas, and on August 1, 2002, she became the region II director of the Texas Department of Criminal Justice/Parole Division. There, she managed the development, implementation and planning of all parole-related functions for thirteen offices. She also instituted programs such as Females, First and Foremost (F3), Cognitive Restructuring, African American Male Survival Skills, Hispanos Survival Skills and anger management courses for parolees, all of which have been highly effective.

Hallman has received numerous honors and recognitions over the years, including the Governor’s Award, Outstanding Woman of the Year and the Dr. Emmett J. Conrad Leadership Award. She is a member of Pilgrim Rest Baptist Church, Alpha Kappa Alpha Sorority, the National Association of Blacks in Criminal Justice and serves as a board member of EXODUS Ministries.

See how Vicki Hallman is related to other HistoryMakers
Donate Now
Click Here To Explore The Archive Today!