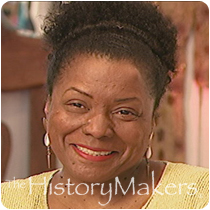 See how Veronica Jones is related to other HistoryMakers
Donate Now

For Veronica Jones, fashion is a way of life. Veronica Jones was born on October 3, 1946, in Camden, New Jersey. Jones's father died when she was a baby leaving her mother to raise her. Jones went on to attend college at Kent State University and the Laboratory Institute of Merchandising in New York City, with a dream of going into the fashion industry.

After graduation, Jones started out in Abraham & Straus's executive training program and from there she climbed the corporate ladder to buying positions at Gimbels in New York, and Joseph Magnin in San Francisco. She also served as a Vice President at both Gene Ewing Bis and Kenar Enterprises. Branching out on her own, she opened the Veronica Jones Showroom selling to Bergdorf Goodman, Neiman Marcus, Nordstroms and other high end department stores and boutiques across the country. Jones founded and operates Grandview, an upscale women's clothing store in Nyack, New York. Established in 1987, Grandview helped to pioneer the revitalization of downtown Nyack's commercial strip. In 2000, Jones opened a second store in the Strivers Row District of Harlem.

Believing strongly in developing African American commerce, Jones mentors young people in the fashion industry through an organization called Fashion Outreach. She hopes to increase and improve the quality of minority representation in the fashion industry. Her expertise, knowledge, and contacts have made her sought after in both the manufacturing and sales areas of the fashion industry. She is often cited as a pioneering entrepreneur and has appeared in Black Enterprise. Jones is the recipient of many awards among them the Black Achievement Award and a leadership award from the Black Retail Action Group.

See how Veronica Jones is related to other HistoryMakers
Donate Now
Click Here To Explore The Archive Today! 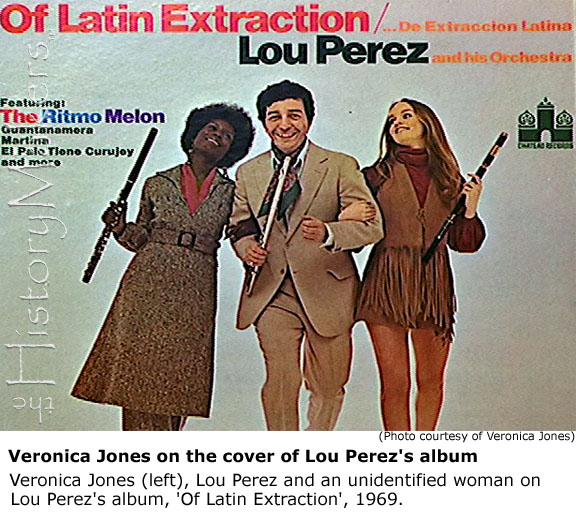 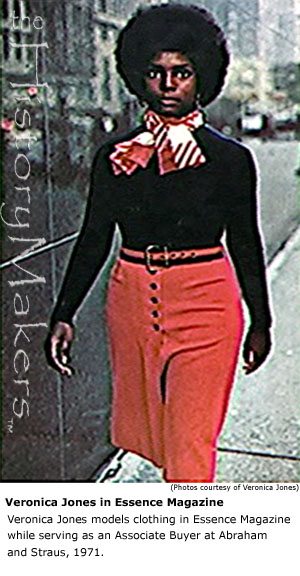