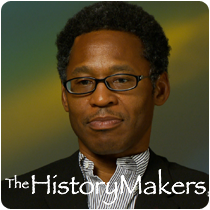 See how Vernon Morris is related to other HistoryMakers

Atmospheric scientist Vernon R. Morris Vernon was born on [month day, year?] in [city, state?]. Morris graduated from Morehouse College in 1985 with his B.A. degree in chemistry and mathematics. Following graduation, he enrolled at Georgia Institute of Technology. Morris received the Regent’s Scholarship and the NASA Graduate Student Research Fellowship to pursue his theoretical and experimental studies of inorganic peroxides in the Earth’s stratosphere. After graduating with his Ph.D. degree in earth and atmospheric sciences from Georgia Institute of Technology in 1991, Morris was awarded a Ford Foundation Fellowship at the Lawrence Livermore National Laboratory and the University of California President’s Postdoctoral Fellowship where he worked on the chemical dynamics of free radical systems important in comets and the interstellar medium.

Morris is a member of several scientific boards and professional organizations. He is a member of the National Academy of Sciences Board on Atmospheric Sciences and Climate (BASC) and the Advisory Board of the Benjamin Banneker Institute for Science and Technology. Morris is also a member of the American Meteorological Society, the National Organization for the Professional Advancement of Black Chemists and Chemical Engineers, the American Geophysical Union, and the North Atlantic Treaty Organization (NATO) Advanced Study Institute.

His combined concentration on academic research and focus on atmospheric sciences has garnered for him recognition from professional and academic associations. Morris is a recipient of the University Merit Award, the Howard University Faculty Merit Award and Howard University’s Most Productive Faculty Researcher in Natural Sciences award. Morris received the prestigious NSF Career Award from the Geosciences Directorate for his research on the photochemistry of carbonaceous aerosols.

Vernon R. Morris was interviewed by The HistoryMakers on March 29, 2013.

See how Vernon Morris is related to other HistoryMakers
Click Here To Explore The Archive Today!