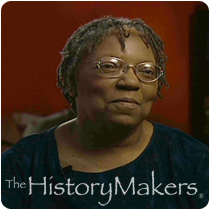 See how Vernellia Randall is related to other HistoryMakers

Law professor Vernellia Ruth Randall was born March 6, 1948, in Gladewater, Texas to Mary Pauline Hall Randall and Ernest Randall. Both parents were associated with Jarvis Christian College. Raised by her father in difficult circumstances in Mule Shoe, Texas, Randall attended the colored school there and graduated from Carver High School in Amarillo in 1966. Receiving her A.A. degree from Amarillo College, she entered the University of Texas and earned her B.S. degree from the School of Nursing. Randall obtained her M.S. degree in nursing from the University of Washington in 1978 and in 1987 her J.D. degree from Northwestern School of Law, Lewis and Clark College in Portland, Oregon.

Starting a career in medicine as a nurse and family nurse practitioner, Randall served as Maternal-Child Health Nurse Coordinator for the Alaska Department of Health and Social Services in Juneau, Alaska, from 1979 to 1984. She has been a professor of nursing and community health at Oregon Health Sciences University and Wright State University as well as a law professor at Northwestern School of Law, Seattle University School of Law, and the University of Dayton. She was an associate with the Portland law firm of Bullivant, Houser, Bailey, Pendergrass and Hoffman from 1987 to 1989. In 1994, Randall was hired as Associate Professor, School of Law, University of Dayton. Since that time she also has been director of the Academic Excellence Program for the University of Dayton, where she plans and implements academic support services for students and trains teaching assistants.

Highly sought after as a public speaker on matters of health and race, Randall has also published widely. She is a recipient of the Chairman’s Award from the Ohio Commission on Minority Health and has been honored by a Commendation from the Ohio House of Representatives. Randall is an accomplished webmaster and has received awards for her website development. Some of her sites include: “Race, Health Care and the Law” and “Gender and the Law”. Her latest book is entitled, Dying While Black.

See how Vernellia Randall is related to other HistoryMakers
Click Here To Explore The Archive Today!