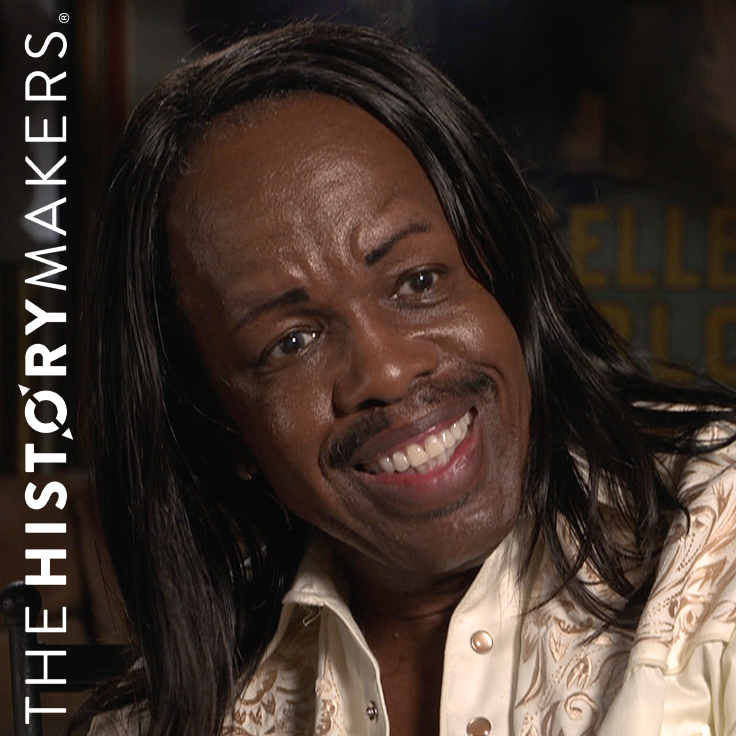 See how Verdine White is related to other HistoryMakers
Donate Now

Musician, songwriter, composer, and producer Verdine White was born on July 25, 1951 in Chicago, Illinois to Edna and Dr. Verdine Adams. He attended and graduated from Crane High School in 1969.

White began his career performing as a bassist with the Chicago Symphony Orchestra, and later played electric bass at local jazz clubs. In 1970, he joined the band Earth, Wind & Fire, which was founded by his brother, Maurice White, in 1969. In 1971, the band released their self-titled debut album, the soundtrack for the film Sweet Sweetback's Baadasssss Song, and the album The Need of Love. Their album, Open Our Eyes rose to the number one spot on the Billboard Top Soul Albums in 1974. A member of the band for more than four decades, White was bass guitarist, percussionist, songwriter, composer, vocalist and producer, contributing to all twenty-one albums released by the group. Earth, Wind & Fire toured internationally, with White helping to produce many of their performances. He also collaborated with musicians such as Ramsey Lewis, The Emotions, Jennifer Lopez, and Solange. In 2012, White co-authored the book, Playing the Bass Guitar Edition: A Beginner's Guide to the Electric Bass; and, in 1994, he was featured in the video, Rhythm of the Earth-Advanced Bass Techniques. He also co-founded the Verdine White Performing Arts Center, a non-profit organization providing music lessons, scholarships, and grants to underserved youth.

Earth, Wind & Fire was inducted into the Rock and Roll Hall of Fame in 2000, and the Vocal Group Hall of Fame in 2003. They also received eight Grammy's, four American Music Awards, The NAACP Image Award, and NAACP and BET Lifetime Achievement Awards. The band received a star on the Hollywood Walk of Fame in 1995 and has recorded more than fifty gold and platinum albums.

White and his wife, Shelly Clark, reside in Los Angeles.

Verdine White was interviewed by The HistoryMakers on October 13, 2019.

See how Verdine White is related to other HistoryMakers
Donate Now