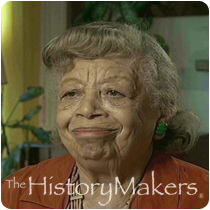 Auditor, community activist, and writer, Vera T. Shorter, was born on December 22, 1922, in Huntington, New York. Raised in Huntington on the Long Island section of New York, Shorter and her family moved to nearby Northport when she entered high school in 1936. After graduating from Northport High School in 1940, Shorter studied bookkeeping at Eastman Business School in New York City. After several years as a secretary and bookkeeper, Shorter earned a certificate in accounting from Pace College in Brooklyn, New York. During her early career as an accountant, Shorter was an active member of the Association for the Study of African American Life and History, and an activist with the National Association for the Advancement of Colored People. Shorter was also a contributing writer to Black Odyssey, a travel and leisure magazine, and Our World, writing feature articles in the Fairs and Food section.

Between 1965 and 1973, Shorter served as the supervisor of tax auditors at the Internal Revenue Service headquarters in Manhattan. During her last three years at the IRS (1973-1976), Shorter was the equal employment opportunity officer; she was the first African American to attain these positions with the IRS in New York.

In 1976, Shorter moved to Martha’s Vineyard in Massachusetts when her husband, Rufus B. Shorter (1920-1980), was appointed superintendent of the Martha’s Vineyard Public Schools. After the move to Martha’s Vineyard, Shorter became an influential and respected civic and community leader, becoming involved in virtually every aspect of the black community and in a range of educational and civic activities in the larger community. For ten years, Shorter coordinated a celebrity tennis tournament to raise money for the Nathan Mayhew Seminars, an adult education institution. Shorter served on the executive committee of the Martha’s Vineyard branch of the NAACP, and as a member of the Affirmative Action Advisory Committee to the Vineyard schools. Shorter also served as the president of the Lagoon Pond Association and was a charter member of the Island’s branch of the Association for the Study of African American Life and History. For many years Shorter also assisted the elderly in preparing their income tax returns.

See how Vera Thelma Shorter is related to other HistoryMakers
Donate Now
Click Here To Explore The Archive Today!