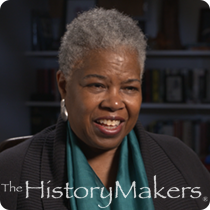 Author Valerie Wilson Wesley was born on November 22, 1947 in Willimantic, Connecticut to Bertram W. Wilson and Mary Wilson. Wesley attended Howard University, where she earned her B.A. degree in 1970. She went on to receive two M.A. degrees, one from the Bank Street College of Education and another from the Columbia University Graduate School of Journalism.

Wesley began her career as an associate editor for Scholastic News in 1970, where she remained until 1972. In 1988, she joined Essence magazine as the travel editor. Wesley served in many editing positions at the magazine. She served as executive editor from 1992 until 1996 and as contributing editor from 1994 until 1997. Wesley has also served as a writer for Essence. In 2005, she was named as an artist-in-residence at Columbia College of Chicago, Illinois. Wesley also served as an adjunct professor at Ramapo College of New Jersey in 2013.

Wesley was the author of numerous works in genres including mystery, romance, children’s, and nonfiction. She was the author of the Tamara Hayle Mysteries series, as well as the Willemena Rules! childrens book series. Wesley also wrote: Where Do I Go from Here?, which won the American Library Association’s Best Book for Reluctant Readers citation in 1993, When Death Comes Stealing, and Ain’t Nobody’s Business If I Do, which received the Award for Excellence in Adult Fiction from the American Library Association Black Caucus in 2000. Wesley was the recipient of the Griot Award from the New York chapter of the National Association of Black Journalists in 1993, and the Author of the Year Award from Amigirls Book Club in 2004, in addition to being named the author of the year by the Go Go, Girls Book Club.

An active participant in community organizations, Wesley was a board member of Sisters of Crime, a professional organization committed to fighting discrimination against women who write mystery novels, and was a member of the board of directors for the Newark Arts Council. She has also served on the Board of Trustees for the Montclair Art Museum and the YWCA of North Essex, New Jersey.

Wesley and her husband, Richard Wesley, have two daughters, Nandi and Thembi.

Valerie Wilson Wesley was interviewed by The HistoryMakers on March 30, 2017.

See how Valerie Wilson Wesley is related to other HistoryMakers
Donate Now
Click Here To Explore The Archive Today!