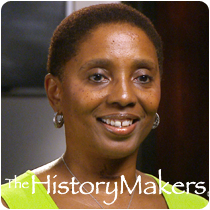 See how Valerie Taylor is related to other HistoryMakers
Donate Now

That same year, Taylor joined the faculty at Northwestern University as an assistant professor of electrical and computer engineering. She became an associate professor in 1997 and then a full professor in 2002. In 2003, Taylor transferred to Texas A&M University where she was named head of the Department of Computer Science and Engineering as well as the Stewart & Stevenson Professor. Since 2004, Taylor has been the Royce E. Wisenbaker Professor and head of the Department of Computer Science and Engineering. Her research interests lie in high performance computing. Taylor is currently working on “Prophesy,” a database used to collect and analyze data to predict the performance on different applications on parallel systems. She has been supported by the National Science Foundation (NSF) for the “OptiPuter” and “New Approaches to Human Potential Realization through Information Technology Research” as well as the National Aeronautics and Space Administration’s (NASA) University Research, Engineering and Technology Institutes (URETI) Program for “Nanoelectronics.” Currently, she is funded by the National Science Foundation to use Prophesy in conjunction with two other tools for the purpose of exploring the performance and power for applications on current parallel systems.

In 2001, Taylor received the Pathbreaker Award from the Women in Leadership at Northwestern University and the Hewlett Packard Harriet B. Rigas Education Award. The following year, Taylor was named a Young Outstanding Leader by the University of California, Berkeley’s Distinguished Engineering Alumni Society. That same year she also received the Computing Research Association’s (CRA) A. Nico Habermann Award for outstanding contributions aimed at increasing the numbers and/or successes of underrepresented groups in the computing research community. She has also been recognized as a Sigma Xi Distinguished Lecturer and in 2005, Taylor was given the Richard A. Tapia Achievement Award for Scientific Scholarship, Civic Science, and Diversifying Computing. Since 2008, Taylor has served on the Board of Directors for the Computing Research Association.

See how Valerie Taylor is related to other HistoryMakers
Donate Now
Click Here To Explore The Archive Today!