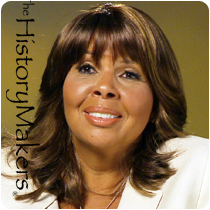 Media executive and television producer Valerie Norman-Gammon was born on May 14, 1951 in New York City, New York to Irene Robinson and Edmund Greene. Norman-Gammon attended P.S. 166 Elementary School in New York City and graduated from Brandeis High School in 1968. She went on to receive her B.A. degree from Baruch College in New York City in 1979. Norman-Gammon received her M.A. degree in journalism and broadcast management from the University of Michigan at Ann Arbor in 1981. She worked as a legal secretary for Cravath, Swaine & Moore before working in several successful broadcasting positions.

In 1980 Norman-Gammon worked as a talk show host for WYTV TV in Ohio. From 1981-1988 she worked as senior producer for WBBM TV in Chicago, Illinois. While with WBBM TV, Norman-Gammon produced the weekly talk show The Lee Phillips Show for which she won a Chicago Emmy award in 1983. During this time, she also served as executive producer for various documentary specials, including The Sounds of Soul, the fifth installment of the Time Warner syndicated series, The History of Rock ‘n’ Roll. In 1988, Norman-Gammon became president and CEO of Amethyst Entertainment Inc., a television, music festival production, and media company. She has produced a number of mega music events, most notably, the Essence Music Festival from 1995 to 2002. From 1994 to 2007, Norman-Gammon served as the executive producer for FOX Chicago and My Network TV’s six time Emmy nominated, Christmas Glory.

Norman-Gammon is the recipient of three National Association for the Advancement of Colored People (NAACP) Image Awards for her work with The Essence Awards on the FOX Network. Norman-Gammon has also served as an adjunct professor in television, film, speech communications, and media relations at Johnson & Wales University. Norman-Gammon’s expertise in media management, television and mega event production make her one of the top executive producers in the entertainment industry. She is a long time member of numerous media related and professional organizations, including the National Association of Television Arts and Sciences. Norman-Gammon lives with her husband, Parker Gammon, in Miami, Florida.

Valerie Norman-Gammon was interviewed by The HistoryMakers on August 22, 2012.

See how Valerie Norman-Gammon is related to other HistoryMakers
Donate Now
Click Here To Explore The Archive Today!