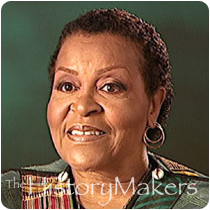 Favorite Color:
Black, Earth Tones
Favorite Food:
Fish, Greens
Favorite Time of Year:
All Seasons
Favorite Quote:
As We Go Into Ourselves, We Come To Ourselves Naturally.

Favorite Color:
Black, Earth Tones
Favorite Food:
Fish, Greens
Favorite Time of Year:
All Seasons
Favorite Quote:
As We Go Into Ourselves, We Come To Ourselves Naturally.

Val Gray Ward, actress, producer, cultural activist and internationally known theatre personality, was born Q. Valeria Ward on August 21, 1932 in Mound Bayou, Mississippi, America's oldest all black town. As the daughter of a successful minister, Ward showed an interest early on in performance. She eagerly read poems and did readings for her father's congregation and eventually won various oratorical competitions in school. Above all, she was keenly interested in African American literature.

After graduating from Mound Bayou High School in 1950, Ward dreamed of going to college. Instead, she moved to Chicago in 1951, got married and became Val Gray and a mother to five children. When the marriage failed, Ward went back to school and became active in Chicago's African American cultural activities. She was a regular at the South Side Community Arts Center and the DuSable Museum of African American History as she developed friendships with Dr. Margaret Burroughs, Gwendolyn Brooks, Don L. Lee, Haki R. Madhubuti and Abena Joan Brown.

In 1965 Val Gray met and married journalist, Francis Ward as she continued to make a name for herself as an actress, television host and cultural consultant. Now known as Val Gray Ward, Ward was recognized as part of Chicago's activist Black Arts Movement. In this context Ward founded the nonprofit Kuumba Theatre in 1968. Kuumba is Kiswahili for clean up, create, and build and was dedicated to the revitalization of the black community through the arts.

With Kuumba, Ward has produced and directed such plays as The Amen Corner by James Baldwin, Welcome To Black River by Samm Art Williams, and Five On The Black Hand Side by Charles Fuller. Touring has also been important. Ward took the cast and crew of Useni Eugene Perkins' play, The Image Makers to Lagos Nigeria as part of the FESTAC '77, an international African arts festival. Ward brought Kuumba's musical production, The Little Dreamer: The Life of Bessie Smith to Japan in 1981 and produced Buddy Butler's In The House of The Blues in Montreal, Canada. Ward and the company received Emmy Awards for the PBS television production of Precious Memories: Strolling 47th Street in 1988.

When she is not producing, Val Ward performs one woman shows in the United States and abroad. Performances include Harriet Tubman by Francis Ward, Sister Sonji by Sonia Sanchez and I Am A Black Woman which includes the poetry of Mari Evans.

Over the years, Ward has provided opportunities in the arts for hundreds of inner city youth and adults. All five of her children were or still are active in theatre. Ward currently lives in Syracuse, New York.

See how Val Gray Ward is related to other HistoryMakers
Donate Now
Click Here To Explore The Archive Today!