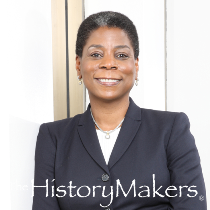 Corporate chief executive Ursula Burns was born on September 20, 1958 in New York City to Olga Burns. She attended and graduated from Cathedral High School before earning her B.S. degree in mechanical engineering from the Polytechnic Institute of New York in 1980. Burns went on to receive an M.S. degree in engineering from Columbia University in 1981.

Burns began her career at Xerox Corporation in 1980 as a mechanical engineering intern. The internship was one facet of a minority education program initiated by the recently-founded Xerox National Black Employee Association. She transitioned into management in 1991 and became executive assistant to Wayland Hicks, then chairman of Xerox. Between 1992 and 1997, Burns served as the vice president and general manager of the Workgroup Copier Business in London. Burns returned to the United States in 1997 and was assigned as the vice president and general manager at Xerox Headquarters in Stamford, Connecticut. In 2001, Burns was appointed senior vice president of the document systems and solutions group, a position she left after one year to become senior vice president of the business group operations. Burns was the first woman to ever be named as the senior vice president of the business group operations; and, in 2007, she was elected president of Xerox. Burns was promoted to CEO two years later, and chairman the following year, making her the first African American woman to head a Fortune 500 Company. After her retirement from Xerox in 2017, Burns was named chairwoman of the Dutch telecommunication services company, VEON, Ltd. The following year she was appointed CEO, holding both positions until June 2020. In June 2021, Burns released her book, Where You Are Is Not Who You Are.

Burns has also served as a board member for the Rochester Business Alliance, the American Express Corporation, Exxon Mobil, Uber Technologies, Inc., and as chairwoman of Plum Acquisition Corp I. President Barack Obama also appointed her to lead the White House national program on Science, Technology, Engineering and Math from 2009 to 2016, and serve as chairwoman of the President’s Export Council from 2015 to 2016 after serving as vice chair from 2010 to 2015.

In 2003, Burns received the Athena Award from the Rochester Business Alliance Women's Council and was named to the Time/CNN Annual List of Global Business Influentials. Black Engineering & Information Technology magazine recognized Burns as one of the “50 Most Important Blacks in Technology” from 2003 to 2005, and Fortune magazine acknowledged her as one of their “50 Most Powerful Women in American Business” from 2003 to 2006. Burns was named as one of Black Enterprise magazine’s “75 Most Powerful African-Americans in Corporate America” in 2005, and she appeared on their list of “50 Most Powerful Black Women in Business” in 2006.

Burns lives in Rochester, New York, with her husband, Lloyd Bean, a Xerox scientist. They have two children, Malcolm Bean and Melissa Burns.

Ursula M. Burns was interviewed by The HistoryMakers on April 15, 2013.