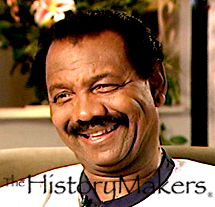 Born in Greenville, Mississippi, on May 4, 1938, Tyrone Davis left his hometown at age fourteen. Eager to leave the Jim Crow South, he enlisted the help of his father, who sent him a bus ticket to Michigan. By age nineteen, Davis had settled in Chicago, where he became immersed in the city's flourishing blues scene. He was inspired by the music of blues greats Bobby "Blue" Bland and Little Milton. He visited blues clubs regularly and eventually befriended R&B legends Freddie King, Otis Rush and Mighty Joe Young. These musicians spotted Davis' talent and persuaded him to audition at local clubs. Throughout the 1950s, he performed in the small clubs that dotted the South Side of Chicago.

In the late 1960s, Davis began recording original blues tracks for the Four Brothers label. These early recordings received little notice until a disc jockey at a Texas radio station played the B-side of one of his singles on the air. "Can I Change My Mind?" catapulted Davis into the ranks of the Billboard charts, where it crossed over from the R&B charts to the pop charts. The song eventually sold more than 1 million copies and thrust Davis firmly into the limelight.

Since that first success, Davis has enjoyed a long and successful career as a musician. His phenomenal body of recordings includes more than fifty hit songs. These include "Turn Back the Hands of Time," "Turning Point" and the 1970s disco hit "Give It Up (Turn It Loose)." In 1976, Davis left Dakar Records, where he had recorded since "Can I Change My Mind?" and joined industry behemoth Columbia Records. While with Columbia, Davis made some of his most inspired recordings, which include ballads such as "In the Mood," "Close to You" and "Heart Failure." Some of his major albums have been Without You In My Life and It's All In The Game.

Davis has performed for thirty years and remains a vital force on the recording and touring circuit. His backup group, the Platinum Band, is among Chicago's most respected ensembles. Together they scored yet another hit in 1991 with the song "Mom's Apple Pie."

A Billboard survey taken in the late 1980s placed Davis thirtieth on the All-Time Top R&B Charts. In 1998, Tyrone Davis was awarded the R&B Foundation's prestigious Pioneer Award for his lifetime of work.

Davis was interviewed by The HistoryMakers on June 15, 2000.