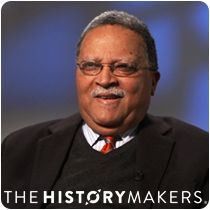 See how Topper Carew is related to other HistoryMakers
Donate Now

Film director Topper Carew was born on July 16, 1943 in Boston, Massachusetts. Carew attended Howard University School of Architecture in Washington, D.C. and received his B.A. degree in architecture and his M.S. degree in environmental design from Yale University in New Haven, Connecticut. Later, Carew obtained his Ph.D. degree in communications from the Union Graduate School and Institute for Policy Studies.

In 1966, Carew founded The New Thing Art and Architecture Center, in Washington, D.C., to teach inner city youth. In 1972, Carew transitioned into film and received the Community Fellowship at the Massachusetts Institute of Technology in Cambridge, Massachusetts; and, in 1973, went to work at WGBH in Boston where he produced Say Brother, Tonite From Harvard Square and several national PBS series including Say Brother, National Edition, and Rebop I & II. Carew received a broadcast fellowship from the Corporation for Public Broadcasting, and spent four years there.

In 2012, Carew was appointed as a research scholar at Life Long Kindergarten Lab at the MIT Media Lab; and, in 2016, he was promoted to principal investigator at the MIT Media Lab. He later launched the Techquity Research Group and was named faculty fellow at the Innovation Lab at Spelman College in Atlanta, Georgia in 2018.

His honors include the Boston Neighborhood Network’s “National Media Hero Award”; the national “Hometown Video Award” for the best Public Access Television “On Air” promotional campaign; and a 2013 MIT Martin Luther King Leadership Award. He was the keynote speaker at Boston’s 2015 King Breakfast and at Boston’s 2016 Annual King Afternoon Celebration at Faneuil Hall.

Carew served on the advisory board for The Color of STEM. Carew has won more than forty film and television awards, and eight Gold Medals for graphic design. His awards also include three Action for Children’s Television Awards, four NAACP Image Awards, a People’s Choice Award, and a Robert F. Kennedy Journalism Award.

Topper Carew was interviewed by The HistoryMakers on November 14, 2018.

See how Topper Carew is related to other HistoryMakers
Donate Now 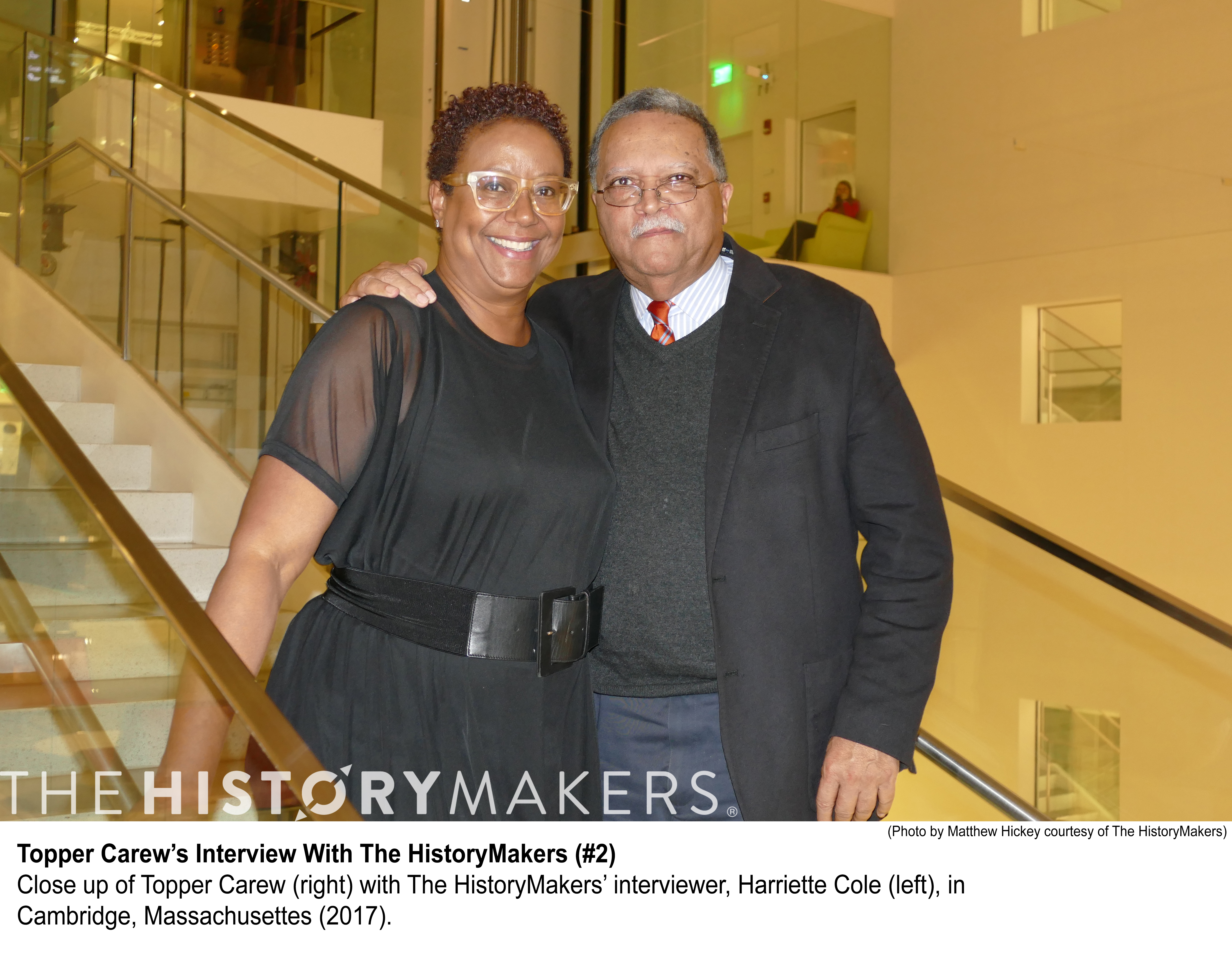