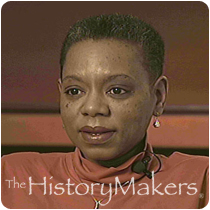 Author and publisher Tonya Wilyce Bolden was born on March 1, 1959, in New York City to Georgia Bolden, a homemaker, and Willie Bolden, a garment center shipping manager. Bolden grew up in Harlem in a musical family and loved to read; she attended Public M.E.S. 146, an elementary school in Manhattan, and then graduated from the Chapin School, a private secondary school, in Manhattan in 1976. Bolden attended Princeton University in New Jersey, and, in 1981, obtained her B.A. degree in Slavic languages and literature with a Russian focus. Bolden was also a University Scholar and received the Nicholas Bachko, Jr. Scholarship Prize.

Upon graduating from Princeton University, Bolden began working as a salesperson for Charles Alan, Incorporated, a dress manufacturer, while working towards her M.A. degree at Columbia University. In 1985, Bolden earned her degree in Slavic languages and literature, as well as a Certificate for Advanced Study of the Soviet Union from the Harriman Institute; after this she began working as an office coordinator for Raoulfilm, Inc., assisting in the research and development of various film and literary products. Bolden worked as an English instructor at Malcolm-King College and New Rochelle School of New Resources while serving as newsletter editor of the HARKline, a homeless shelter newsletter.

In 1990, Bolden wrote her first book, The Family Heirloom Cookbook. In 1992, Bolden co-authored a children’s book entitled Mama, I Want To Sing along with Vy Higginsen, based on Higginsen’s musical. Bolden continued publishing throughout the 1990s, releasing Starting a Business from your Home, Mail-Order and Direct Response, The Book of African-American Women: 150 Crusaders, Creators, and Uplifters, And Not Afraid to Dare: The Stories of Ten African-American Women, American Patriots: The Story of Blacks in the Military from the Revolution to Desert Storm and The Champ. Bolden became editor of the Quarterly Black Review of Books in 1994, and served as an editor for 33 Things Every Girl Should Know, in 1998. Bolden’s writing career became even more prolific in the following decade; a partial list of her works include:, Our Souls: A Celebration of Black American Artists, Maritcha: A Nineteenth Century American Girl, MLK: Journey of a King, Take-Off: American All-Girl Bands During World War II, and George Washington Carver, a book she authored in conjunction with an exhibit about the famous African American inventor created by The Field Museum in Chicago.