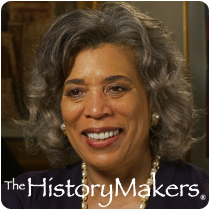 See how Toni Fay is related to other HistoryMakers
Donate Now

Communications executive Toni Fay was born on April 25, 1947 to George E. and Allie C. (Smith) Fay. Fay received her B.A. degree from Duquesne University in 1968. She obtained her M.S.W. degree, four years later, from the University of Pittsburgh. She also received her M.Ed. degree from the University of Pittsburgh in 1973. Fay began her professional career in 1968 when she was hired as a caseworker for the New York City Department of Welfare. She was then named the director of social services for the Pittsburgh Drug Abuse Center in 1972. Fay was also appointed regional commissioner of the Governor's Council on Drugs & Alcohol for the state of Pennsylvania, serving in that capacity from 1973 to 1976. In 1977, she was named director of planning and development for the National Council of Negro Women. She was then hired as an executive vice president of D. Parke Gibson Associates, a public relations firm.

In 1982, Fay was named manager of community relations for Time-Warner, Inc. in New York. After only a year with the media conglomerate, she was promoted to the position of director of corporate community relations and affirmative action. She would go on to serve in that role for ten years before being appointed Time Warner’s vice president and corporation officer. After eight years as vice president, Fay launched her own management consultant firm TGF Associates in Englewood, New Jersey.

In addition to her corporate career, Fay was a member of the transition team for former U.S. President William Clinton in 1992. She was also appointed by President Clinton to the boards of the National Institute for Literacy and the Corporation for National and Community Service.

Fay has served on a number of boards for civic, social and educational entities, including that of the Congressional Black Caucus Foundation, UNICEF, the Franklin and Eleanor Roosevelt Institute and Library, the Apollo Theatre Foundation, the NAACP Legal Defense and Education Fund, Bethune Cookman College, the Coro Foundation, the Federation of Protestant Welfare Agencies, the U.S. Capitol Historical Society and the Quincy Jones Listen Up Foundation, among many others.

Toni Fay was interviewed by the The HistoryMakers on August 1, 2012.

See how Toni Fay is related to other HistoryMakers
Donate Now
Click Here To Explore The Archive Today!