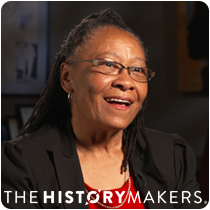 See how Toni Carter is related to other HistoryMakers

Civic leader Toni Carter was born on June 29, 1954 in Bessemer, Alabama. She attended Carleton College in Northfield, Minnesota in 1971, and later received her B.S. degree in K-8 education from Concordia University in Saint Paul, Minnesota in 2000.

Carter served as an IBM systems engineer in technical marketing in 1978 before leaving to teach at Crosswinds Middle School in Saint Paul, Minnesota in 1990. Carter then spent twelve years as a marketing representative, systems support manager and communications and arts consultant.

Carter was elected to the Saint Paul Public Schools Board of Education, where she served as member and chair from 2001 to 2005. She was then elected Ramsey County Commissioner for District 4, in Saint Paul, becoming the first African American to serve on a county board in Minnesota and serving the following terms: 2005, 2010, 2014 and 2019. During her tenure, she focused on improving the efficiency and effectiveness of county services, eliminating disparities in outcomes for diverse populations, and raising grassroots awareness of county decision-making processes and systems.

Active in the Association of Minnesota Counties (AMC), she served on the board of directors and also as its president. A member of the board of directors of the National Association of Counties (NACo), she served as chair of NACo’s Healthy Counties Initiative. She also served as co-chair of the Minnesota Human Services Performance Council and the Ramsey County Juvenile Detention Alternatives Initiative Stakeholder Committee. Carter was also the chief local elected official on the Ramsey County Workforce Investment Board.

Carter has worked and volunteered in the Twin Cities arts community for over three decades, acting professionally with Saint Paul’s Penumbra Theatre, in television and radio commercials and industrials, as talent for print media, and as co-founder and founding director of ARTS-Us.

Carter has received numerous awards for her work in the community and in the arts and arts education, including an Honorary Doctorate in Humane Letters from Concordia University – Saint Paul.

Her son, Melvin Carter, III was elected mayor of Saint Paul, Minnesota in 2018.

Toni Carter was interviewed by The HistoryMakers on June 19, 2018.

See how Toni Carter is related to other HistoryMakers