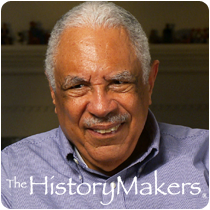 Anderson was hired as a professor of music at Langston University in Langston, Oklahoma, where he became chair of the music department. He then served as a music professor at Tennessee State University before being named composer-in-residence with the Atlanta Symphony Orchestra in 1969. During his three year tenure at the Atlanta Symphony Orchestra, Anderson orchestrated the Scott Joplin opera Treemonisha and in 1972, the first full staging of Joplin’s work took place. His first opera, Soldier Boy, based on a libretto by writer Leon Forrest, was commissioned by Indiana University. After a visiting professorship at Morehouse College in Atlanta, Anderson was hired as a professor of music and department chair at Tufts University in Medford, Massachusetts in 1972.

As a lecturer, consultant, and visiting composer, Anderson has taught at institutions in the United States, Brazil, Germany, France and Switzerland. He has been a fellow at the MacDowell Colony, Yaddo, Virginia Center for the Arts, the Djerassi Foundation, the National Humanities Center and a scholar-in-residence at the Rockefeller Center for the Creative Arts in Bellagio, Italy. Anderson has accumulated numerous honors throughout his illustrious career, including an honorary membership in Phi Beta Kappa, a fellowship from the John Simon Guggenheim Foundation and grants from the Rockefeller Foundation. He has received honorary doctorates from the College of Holy Cross, West Virginia State College, Bridgewater State College, St. Augustine’s College, Northwestern University, Bates College and Tufts University. In March, 1997, he was honored as a founder and first president of the National Black Music Caucus, now NASPAAM with a concert of his music. In 2005, Anderson was elected to the American Academy of Arts and Letters. Anderson and his wife, Lois, have three adult children, a son, Thomas J. Anderson and two daughters, Janet Anderson and Anita Anderson Downing.

T.J. Anderson was interviewed by The HistoryMakers on February 19, 2012.