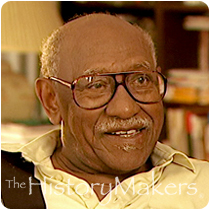 See how Timuel Black is related to other HistoryMakers

Timuel Black was born in Birmingham, Alabama, on December 7, 1918, but was raised in Chicago – a place he loves to call home. He is a revered and highly respected educator, political activist, community leader, oral historian and philosopher.

After matriculating from Burke Elementary School and DuSable High School in Chicago, Black enrolled at Roosevelt University. There, he received his bachelor's degree. Black also later earned a master's degree from the University of Chicago. One of his first jobs involved working as a field representative for the Metropolitan Burial Society.

After being drafted into the Army during World War II, Black returned to school and became a social worker. He has taught at a variety of high schools as well as colleges and universities. He is a pioneer in the independent black political movement and coined the phrase "plantation politics." Timuel Black has run for public office several times, including campaigns for Chicago's 4th Ward alderman, state senator of the 22nd District and state representative of the 22nd District. Black has spent his life furthering the cause of social justice. Black has recently completed a book, Bridges of Memory: Chicago's First Wave of Great Migration. The book chronicles black Chicago history from the 1920s to the present, and is based on interviews he conducted.

See how Timuel Black is related to other HistoryMakers
Click Here To Explore The Archive Today! 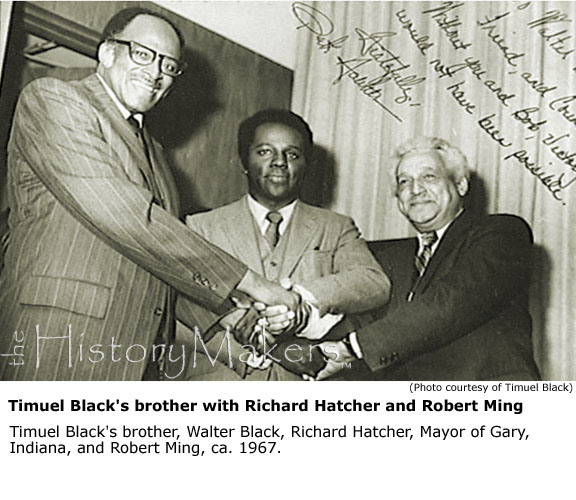 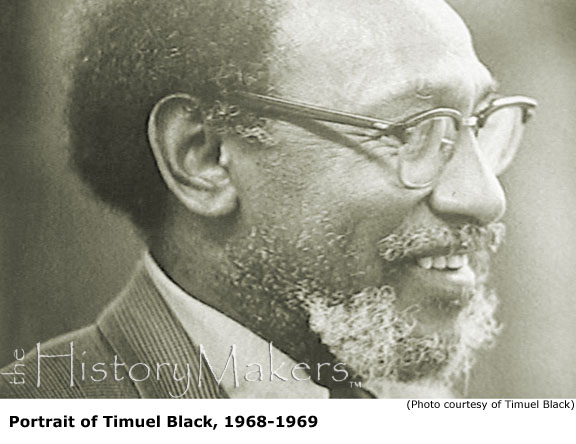