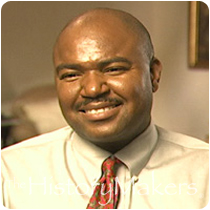 See how Timothy Parker is related to other HistoryMakers
Donate Now

Crossword puzzle artist, Timothy Parker was born on April 7, 1960, in Baltimore, Maryland, to a family of ten children. Spending the first part of his life in an extremely poor neighborhood, Parker and his family later moved to a nicer neighborhood as his father's business grew.

However, improvement in his family's status could not compare to the wealth of his classmates at the prestigious Gilman School, a boys preparatory school in Baltimore that he received a scholarship to attend. Parker excelled in both academics and sports, playing baseball and football. In fact, by the age of sixteen the Pittsburgh Pirates recruited him, but his parents refused to let him go. In 1978, Parker was attending the University of Maryland in College Park majoring in economics.

Following graduation, Parker worked for a local tire retailer for a number of years before taking a position with Bridgestone/Firestone in 1987, as a store manager. At Bridgestone/Firestone, Parker rose steadily through the ranks. However, he eventually hit the glass ceiling, which led him to quit his job and to pursue a dream of creating crossword puzzles.

In 1996, he sequestered himself away in his room and began to develop an interactive crossword programmed with Java that was fun, intuitive and easy to use. The Universal Crossword would become the web's first syndicated crossword puzzle. In fact, according to Guinness World Records, Parker is the world's most syndicated puzzle compiler of today. As the CEO of Master Puzzles, Inc., Parker works with Java programmers and puzzle masters to set the standard for all online puzzles. They not only make the daily Universal Crossword, but also the entertainment, sports, financial and music editions.

In his personal life, Parker is still a passionate baseball fan and an amateur writer. He is also an assistant pastor at Baltimore's Tabernacle of Deliverance Christian Center and is pursuing his M.B.A. at the University of Maryland.

See how Timothy Parker is related to other HistoryMakers
Donate Now
Click Here To Explore The Archive Today! 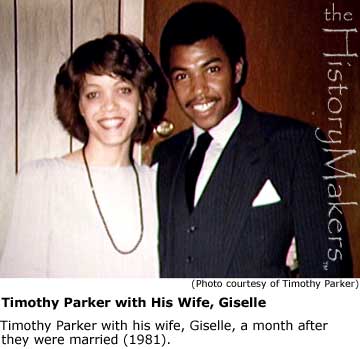 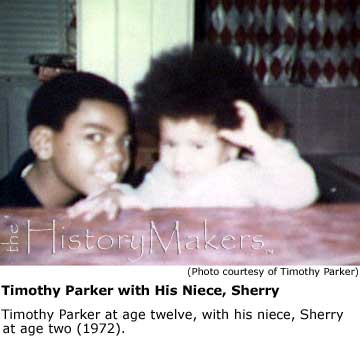