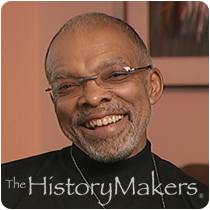 See how Thomas J. Burrell is related to other HistoryMakers
Donate Now

As a shy boy growing up on Chicago's South Side, the dynamic advertising mogul Tom Burrell never imagined he would attain the power and prestige he has today. At age 18, he was admitted to Chicago's Roosevelt University. The school stimulated and inspired the young Burrell and he became involved in a variety of activities, including a leadership role with Alpha Delta Sigma fraternity.

Burrell began his career in advertising while still attending Roosevelt University, where he later graduated with a B.A. in English. His senior year, he landed a position as a copywriter with the Chicago division of Wade Advertising, before moving over to Foote Cone & Belding, where he became a Copy Supervisor. He spent one year in the firm's London offices.

In 1971, seeking to spread his wings and responding to the need for advertising that would target the burgeoning African American market, he founded Burrell Communications Group. Many of his initial clients, such as McDonalds and Coca-Cola, still remain clients today. Due in large part to these lasting partnerships, Burrell Advertising grew to become the nation's largest African American-owned marketing firm. Today, with its Advertising, Public Relations, and Consumer Promotions divisions, Burrell Communications offers a wide array of services to an equally broad range of clients. These include NYNEX, Kmart, Polaroid and the American Association of Retired Persons.

Due to his tremendous success, Burrell has become a nationally acknowledged leader in the advertising world. In 1986, he was the recipient of the Albert Lasker Award for Lifetime Achievement in Advertising, and in 1990, he received the prestigious Missouri Honor Medal for Distinguished Service in Journalism from the University of Missouri's School of Journalism. He has served as the Chairman of the Chicago Council of the American Association of Advertising Agencies. He currently sits on the National Board of Directors for that organization.

Burrell also devotes much of his time to various charitable organizations. He currently sits on the Board of Directors of the Chicago Urban League as well as the Board of Governors of Chicago Lighthouse for the Blind and the Advisory Council of Howard University's School of Communications.

He lives in Chicago with his wife, Madeleine Moore Burrell.

See how Thomas J. Burrell is related to other HistoryMakers
Donate Now
Click Here To Explore The Archive Today! 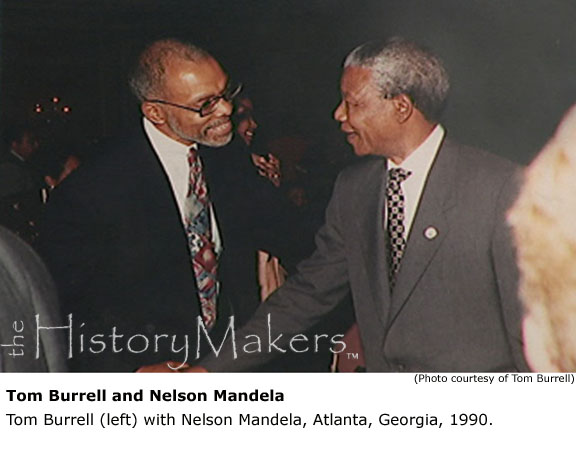 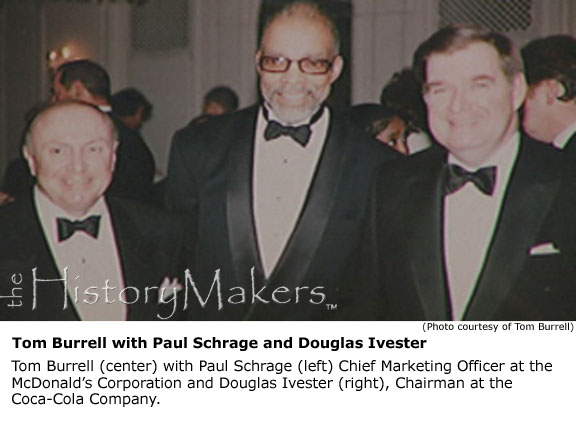