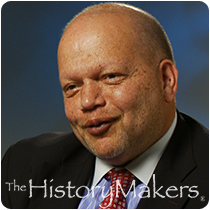 See how Theodore Shaw is related to other HistoryMakers
Donate Now

Lawyer and professor Theodore Michael Shaw was born on November 24, 1954 in New York City to Theodore and Jean Audrey Churchill Shaw. He received his B.A. degree from Wesleyan University in 1976 and his J.D. degree from the Columbia University School of Law in 1979, where he was a Charles Evans Hughes Fellow.

Upon graduation, Shaw worked as a trial attorney in the Civil Rights Division of the United States Department of Justice from 1979 until 1982. He then joined the NAACP Legal Defense Fund (LDF) as an assistant counsel and director of the Education Docket in 1982. In 1987, Shaw established LDF's Western Regional Office in Los Angeles, and served as its Western Regional Counsel. In 1990, he left LDF to join the faculty of the University of Michigan Law School, where he taught constitutional law, civil procedure, and civil rights. In 1993, on a leave of absence from Michigan, he rejoined LDF as associate director-counsel. Shaw was lead counsel in a coalition that represented African American and Latino student-intervenors in the University of Michigan undergraduate affirmative action admissions case, Gratz v. Bollinger.

On May 1, 2004, Shaw became the fifth director-counsel and president of LDF after Elaine Jones retired, where he served until 2008. He then joined the law firm of Norton Rose Fulbright, where he is “Of Counsel.” Shaw is also professor of professional practice at Columbia Law School, and has held rotating chairs at the City University of New York School of Law and Temple University’s James E. Beasley School of Law.

Shaw has testified before Congress and state legislatures on numerous occasions. He has been a frequent guest on television and radio programs, and has published numerous newspaper, magazine and law review articles. He also has traveled and lectured extensively on civil rights and human rights in Europe, South Africa, South America, and Japan. Shaw serves on the Boards of the American Constitution Society, Common Sense, The Equal Rights Trust (London, England), The International Center for Transitional Justice, The New Press, the Poverty and Race Research Action Council, the Wesleyan University Center for Prison Education, and the Board of Deacons of the Abyssinian Baptist Church in the City of New York. He also serves on the Legal Advisory Network of the European Roma Rights Council, and served on Wesleyan University’s Board of Trustees for fifteen years.

Shaw has received numerous awards, honors, and citations. He was an Aspen Institute Fellow on Law and Society in 1987; a Twenty-first Century Trust Fellow on Global Interdependence in London, England in 1989; and a Salzburg Institute Fellow in 1991. The National Bar Association Young Lawyers Division presented Shaw with the A. Leon Higginbotham, Jr. Memorial Award. He also received the Lawrence A. Wein Prize for Social Justice from Columbia University, and was awarded the Baldwin Medal from the Wesleyan University alumni body.

Theodore M. Shaw was interviewed by The HistoryMakers on April 7, 2014.

See how Theodore Shaw is related to other HistoryMakers
Donate Now