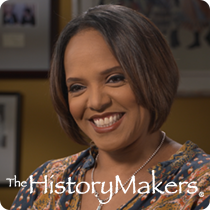 Jazz musician Terri Lyne Carrington was born on August 4, 1965 in Malden, Massachusetts, to Solomon Carrington and Judith Carrington. She graduated from Medford High School in 1981 and enrolled in the Berklee College of Music for three semesters.

In 1974, at age nine, her father put her into drum lessons with legendary jazz musicians Keith Copeland, Clark Terry and Dizzy Gillespie. When she was only eleven years old, then-president of Berklee College of Music Lawrence Berk awarded her a full scholarship to the school after seeing her performing with Oscar Peterson in Boston. Carrington was the youngest person to ever receive a full scholarship from Berklee College of Music at the time. She gained notoriety as a child prodigy, becoming the youngest ever endorser of the Avedis Zildjian Company cymbals and of Slingerland Drum Company. She recorded her first album, TLC and Friends, with Kenny Barron, George Coleman, Buster Williams, and her father, in 1981, at sixteen years old. At the suggestion of her mentor, Jack DeJohnette, Carrington moved to New York and played with various artists, eventually landing her first major touring job with Clark Terry in 1983. In 1986, Carrington won an audition to join Wayne Shorter’s band. Shorter became another mentor to Carrington, and they performed together for many years touring the world. Carrington moved to Los Angeles in 1989, joining the house band for The Arsenio Hall Show for four months before departing to promote her debut album, Real Life Story, for which she received a Grammy nomination for Best Jazz Fusion Performance. In 1991, Carrington played drums for Herbie Hancock for a summer, and the two formed a relationship that led to Hancock inviting Carrington to perform with Joni Mitchell and Stevie Wonder on his George Gershwin tribute record Gershwin’s World in 1998. Carrington then toured with Hancock for the next decade. Carrington has released eight albums, with Grammy Award winning works including The Mosaic Project in 2011, and Money Jungle: Provocative in Blue.

Carrington serves as the Founder and Artistic Director of the Berklee Institute of Jazz and Gender Justice and is artistic director of the Berklee Beantown Jazz Festival in Boston. She has received numerous honors, including a Grammy for producing Dianne Reeve’s album Beautiful Life. Carrington also received an honorary doctorate degree from Berklee College of Music in 2003.

Carrington has one son.

Terri Lynne Carrington was interviewed by The HistoryMakers on January 26, 2017.