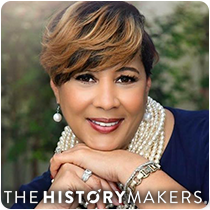 Civic leader Terri Lipsey Scott was born on April 13, 1959 in Savannah, Georgia to Dessie and Ralph Lipsey, Junior. Lipsey Scott attended Pearl Lee Smith Elementary School, Bartlett Junior High School and HV Jenkins High School where she graduated from in 1977. Lipsey Scott enrolled at Savannah State College and in 1981 relocated to Saint Petersburg, Florida where she would later receive her B.B.A. degree in business administration in 2004 from Eckerd College, in Saint Petersburg.

Lipsey Scott served as an intake counselor for Saint Petersburg Housing Authority from 1982 to 1985 and a loan officer at Saint Petersburg Credit Union from 1985 to 1987. Lipsey Scott then joined local government as an office administrator at the City of Saint Petersburg Office of the Mayor and City Council, where she worked for five mayors over a twenty seven year period from 1987 to 2014.

Lipsey Scott has served on local boards that include Aids Services Association of Pinellas, the St. Petersburg Branch of the NAACP, Co-Chair of Community Alliance, and Convener of St. Petersburg Together. Lipsey Scott served as board chair of the Dr. Carter G. Woodson African-American History Museum from 2008 to 2017 and was credited for her role and significant efforts to preserve the museum. From 2012 to 2014, she served as a board member for Alpha House of Tampa, the organization focused on services for homeless pregnant women and mothers with young children. From 2015 to 2017, she also served as board member for Women on the Way, a resource and support center developed to help women succeed in college. She was also active in the Junior League, Women of the Word, St. Petersburg Chapter of the Links, Inc., St. Petersburg Chapter of Delta Sigma Theta Sorority, and Colours of Culture.

Lipsey Scott has been honored by several organizations including the YWCA – Phenomenal Woman of the Year; Studio @ 620 - Studio Honors Award; The Gathering of Women – Woman of Distinction Award, Southern Christian Leadership Conference (SCLC) Role Model of the Year, H.V. Jenkins High School “Hall of Fame,” and Watermark’s “One of the Most Remarkable People of 2017” award. Her writing was recently published as the Foreword in the newly released Salt Creek Journal.

Terri and her husband Clarence Scott have two adult children and two grandchildren.

Terri Lipsey Scott was interviewed by The HistoryMakers on August 12, 2018.