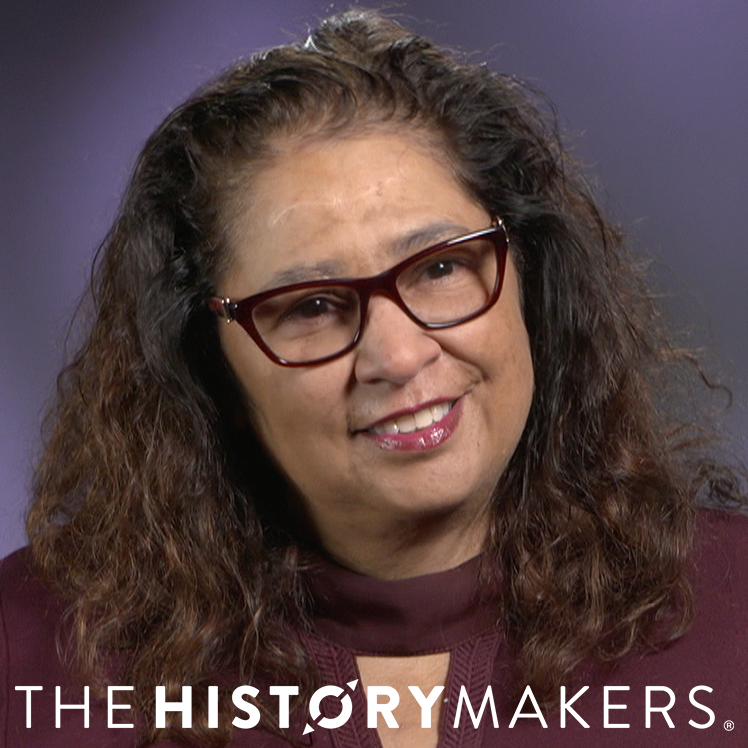 See how Terri Gardner is related to other HistoryMakers
Donate Now

Hair care manufacturer and advertising executive Terri Gardner was born on February 21, 1956 in Chicago, Illinois, to Edward and Bettiann Gardner. She attended and graduated from the University of Illinois, Chicago where she received her B.A. degree in photography and film in 1979. She later earned her M.S.W. degree in social work from Loyola University of Chicago in 2007.

Gardner started working with the family business, Soft Sheen Products, Inc., in 1965, packaging hair care products in her family’s Chicago home. She continued working at the company through college, and after graduating, she launched an advertising firm called Brainstorm Communications in 1981, which served as Soft Sheen Products, Inc.’s in-house advertising and publishing company. Brainstorm Communications’ clients also included the American Health and Beauty Aids Institute, Advance Parking Technologies, Inc., Chicago’s 1992 “Project Vote!”, and Chicago’s New Regal Theatre Foundation. Brainstorm was also the lead agency that created “Come Alive Oct, 5” campaign that registered hundreds of thousands of voters in Chicago. In 1996, Gardner stepped down from her position as president of Brainstorm Communications when she was appointed president of Soft Sheen Products, Inc., succeeding her older brother, Gary E. Gardner, who resigned to start his own ethnic hair care company, Namaste Laboratories. L’Oreal bought Soft Sheen Products, Inc. two years later in 1998, and Gardner remained there as its president. In 2000, she was hired to work with U.S. Representative Bobby Rush on his “Cease Fire” campaign, aimed at addressing violence and crimes against women on Chicago’s South Side. That same year, L’Oreal acquired hair care company, Carson Products, out of Georgia, which had previously acquired Chicago’s Johnson Products. Gardner led L’Oreal’s merger of Carson Products with Soft Sheen Products, Inc., creating a single brand, Soft Sheen-Carson, which she remained to serve as president of for one year. In 2001, after thirty-six years with the company, she retired from Soft Sheen-Carson.

Gardner has served on the board of directors for the Social Venture Network, the Jazz Institute of Chicago, Trinity Hospital Community Board, and was also part of the leadership at a spiritual center in Chicago.

In 1987, Soft Sheen Products, Inc. ranked number six in Black Enterprise magazine’s industrial/service sector top 100 companies; and, in 1989, they were named the Company of the Year. They were selected for the top 100 again, ranking number eleven in 1995.

Terri Gardner was interviewed by The HistoryMakers on July 8, 2019.

See how Terri Gardner is related to other HistoryMakers
Donate Now