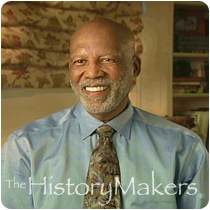 See how Terrence Roberts is related to other HistoryMakers

Management executive, psychology professor and "Little Rock Nine" member Dr. Terrence James Roberts was born on December 3, 1941 to William L. and Margaret G. Roberts. His father worked for the Veteran’s Administration and his mother ran a catering service in Little Rock, Arkansas. Roberts attended Dunbar Junior High School in the early 1950s, and was only thirteen when the U.S. Supreme Court issued the Brown v. Board of Education decision to integrate schools.

Roberts had begun attending Horace Mann High School when, in 1955, Little Rock School System Superintendent Virgil Blossom submitted a plan to begin gradually integrating the public schools, a proposal the school board approved unanimously. Two years later, after an intensive selection process, the Little Rock Nine, with Roberts among them, entered Central High School. After the white community rallied in support of segregation, Little Rock mayor Woodrow Mann asked President Eisenhower to send federal troops to enforce integration, and one day later, the President sent the 101st Airborne Division to Little Rock. Roberts endured conflicts and struggles throughout the 1957-1958 school year at Central High School. The following year, Arkansas Governor Orval Faubus and the state legislature closed the school as an attempt to oppose integration. As a result, Roberts moved to Los Angeles, California to live with his relatives, where he completed high school in 1959. In 1967, he received his B.S. degree in sociology, and then received his M.A. degree in social welfare from the University of California, Los Angeles in 1970. In 1976, he received his Ph.D. degree in psychology from Southern Illinois University in Carbondale, Illinois. Roberts confronted Governor Faubus on ABC-TV’s Good Morning America television program in 1979, where he argued that Faubus had violated the public trust in 1955 in Little Rock by pushing his segregationist policies. Roberts became the department chair of Antioch University Los Angeles’ psychology program in 1994. In 1994, he again made an appearance on television when seven members of the Little Rock Nine appeared on the Oprah Winfrey Show, coming face to face with several Caucasian students who had tormented them.

In 1998, the Little Rock School District hired Roberts as their official desegregation consultant; to this day, Roberts provides similar services throughout the United States. The following year, President Clinton awarded Roberts the Congressional Gold Medal, the country’s highest award for civilian contributions to society. Roberts is currently the chief executive officer of Terrence J. Roberts & Associates, a management consulting firm that focuses on equitable practices in both industry and business. He is married to Rita Roberts, Ph.D., and they have two daughters and two grandsons.

Terrence Roberts was interviewed by The HistoryMakers on July 9, 2007.

See how Terrence Roberts is related to other HistoryMakers
Click Here To Explore The Archive Today!