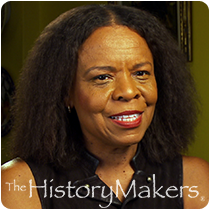 See how Teri Agins is related to other HistoryMakers
Donate Now

Journalist Teri Agins was born on November 14, 1953 in Kansas City, Kansas. Agins graduated with her B.A. degree in English and political science from Wellesley College in 1975. She received her M.A. degree in journalism from the University of Missouri.

In the 1970s, Agins was hired as an intern at the Kansas City Star and the Boston Globe. She also worked as a writer for Fairchild Publications, now Fairchild Fashion Media, in New York City in the 1970s. Agins then moved to Brazil for five years with her former husband, and worked as a freelance writer for the New York Times and Time Magazine. In 1984, she was hired as a reporter for the Wall Street Journal, where she wrote a small business column. Then, in 1989, Agins was assigned to develop the fashion beat for the Wall Street Journal, becoming one of the reporters at the paper to cover fashion from a business perspective. She was made senior special writer in 1995. Agins retired from her post at the Wall Street Journal in 2009, but continued to write freelance for the newspaper, including authoring the popular fashion column “Ask Teri.” She has also written for other publications, including Vogue, Town & Country, O: The Oprah Magazine, and Essence.

In 1999, Agins published her first book, The End of Fashion: How Marketing Changed the Clothing Industry Forever. Her second book, published in 2014, examines the rise of fast fashion, the power of online shopping, the influence of social media and the rise of celebrity designers in the fashion and retail clothing industry.

Agins has received several awards, including the Atrium Award from the University of Georgia College of Journalism and the Atlanta Apparel Mart in 1990 and 1996; the Front Page Award from the Newswomen's Club of New York in 1991 and 2002; and the Missouri Lifestyle Journalism award in 1996 and 2000. In 2004, the Council of Fashion Designers of America awarded her with the Eugenia Sheppard Award for Excellence in Fashion Journalism.

Teri Agins was interviewed by The HistoryMakers on January 16, 2013.

See how Teri Agins is related to other HistoryMakers
Donate Now
Click Here To Explore The Archive Today!