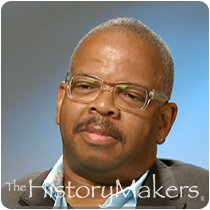 "When You’re Creating Your Art Never Speak Above Nobody, Never Speak Beneath Them, Just Speak Straight To Them."

Jazz trumpeter and composer Terence Oliver Blanchard was born on March 13, 1962 in New Orleans, Louisiana to Wilhelmina and Joseph Oliver Blanchard. Blanchard began playing piano at the age of five, but switched to trumpet three years later. While in high school, he took extracurricular classes at the New Orleans Center for Creative Arts. From 1980 to 1982, Blanchard studied at Rutgers University in New Jersey and toured with the Lionel Hampton Orchestra.

In 1982, Blanchard replaced trumpeter Wynton Marsalis in Art Blakey and the Jazz Messengers, where he served as musical director until 1986. He also co-led a quintet with saxophonist Donald Harrison in the 1980s, recording five albums between 1984 and 1988. In 1991, Blanchard recorded and released his self-titled debut album for Columbia Records, which reached third on the Billboard Jazz Charts. He also composed musical scores for Spike Lee’s films, beginning with 1991’s Jungle Fever, and has written the score for every Spike Lee film since including Malcolm X, Clockers, Summer of Sam, 25th Hour, Inside Man, and Miracle At St. Anna’s. In 2006, he composed the score for Lee's four-hour Hurricane Katrina documentary for HBO entitled When the Levees Broke: A Requiem in Four Acts. Blanchard also composed for other directors, including Leon Ichaso, Ron Shelton, Kasi Lemmons and George Lucas. In all, he has written over fifty film scores.

In the fall of 2000, Blanchard was named artistic director of the Thelonious Monk Institute of Jazz at the University of Southern California. In 2011, he was appointed artistic director of the Henry Mancini Institute at the University of Miami. Blanchard also composed music for a number of Broadway plays, and, on June 15, 2013, he premiered his first opera, Champion, with the Opera Theatre of Saint Louis.

Throughout his career, Blanchard received thirteen Grammy Award nominations and won five. His other honors include an Emmy nomination, a Golden Globe nomination, a Soul Train Music nomination, two Black Reel nominations, and the Miles Davis Award from the Montreal International Jazz Festival. He received honorary degrees from Xavier University and Skidmore College in 2012.

Terence Blanchard was interviewed by The HistoryMakers on October 8, 2014.