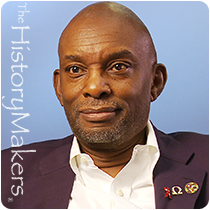 See how Ted Childs, Jr. is related to other HistoryMakers
Donate Now

Diversity strategist J.T. (Ted) Childs, Jr. was born on November 26, 1944 in Springfield, Massachusetts to John and Clara Childs. He graduated from Classical High School in 1962, and received his B.A. degree in psychology from West Virginia State University in 1967.

Upon graduation, Childs joined IBM as a personnel administration trainee. He went on to work in several staff and managerial positions at IBM, including program manager of personnel operations. He was subsequently appointed IBM's vice president of global workforce diversity, where he oversaw the company's diversity programs and policies. From March of 1983 to September of 1984, Childs served as executive assistant to Dr. Benjamin L. Hooks, executive director of the NAACP, on an IBM Social Service Leave. In 1989, he was appointed by Governor Mario Cuomo to the New York State Governor’s Advisory Council on Child Care; and, in 1995, Childs was appointed as an official delegate to the White House Conference on Aging. In 1997, U.S. Treasury Secretary, Robert E. Rubin, appointed Childs as an advisor to the Secretary’s Working Group on Child Care. In 2006, Childs retired from IBM and founded the consulting firm, Ted Childs, LLC, where he serves as a strategic diversity advisor.

Childs is a member of the board of trustees, and past chair of the West Virginia State University Foundation. He is a member of the Executive Leadership Council (ELC); The Families and Work Institute board of directors; was installed as a Fellow of The National Academy of Human Resources in 2001; and has served as co-chair of the National Council of Jewish Women’s Work Family Advisory Board. Childs holds life memberships in the National Association of African Americans in Human Resources, The National Council of Negro Women, Inc., The National Organization of Women (NOW), Omega Psi Phi Fraternity, Inc., the NAACP, the Sierra Club, and the Bass Anglers Sportsmen Society.

In 1997, Childs was named by Working Mother magazine as one of the 25 Men Friends of the Family who have made it easier for working parents to raise and nurture children. In 1998, the National Association of Child Care Resource and Referral Agencies presented Joan Lombardi, U.S. Senators Ted Kennedy and Orrin Hatch, and Childs with its Lifetime Achievement Award. Childs also received the Corporate Leadership Award from the Human Rights Campaign in 2003, the Work/Life Legacy Award from the Families and Work Institute in 2004, and the Trailblazers in Diversity Award from the Chief Diversity Officer’s Forum in 2006. In addition, Working Mother Media announced The Ted Childs Life / Work Excellence Award to be given annually to the individual who by their distinctive performance has contributed to the field of Life / Work in the business community. Childs has received Honorary Doctorate of Humane Letters degrees from Pace University, West Virginia State University and Our Lady of the Elms College.

Ted Childs was interviewed by The HistoryMakers on March 20, 2014.

See how Ted Childs, Jr. is related to other HistoryMakers
Donate Now