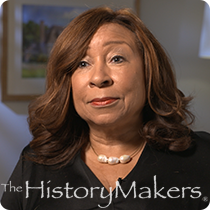 Producer and television host Tanya Hart was born on January 29, 1949 in Muskegon, Michigan to Lewis Hinton and Jean Hinton. She received her B.A. degree in communication from Michigan State University in East Lansing, Michigan in 1971, and her M.Ed. degree from the Harvard Graduate School of Education in Cambridge, Massachusetts in 1976.

Hart worked for WBZ-TV, the NBC affiliate in Boston, where she served as host and contributing producer of Coming Together an Emmy Award winning prime-time news magazine series. She was also an announcer for WBZ’s evening newscast and hosted and produced syndicated specials. After eleven years at WBZ, Hart moved to Los Angeles in 1990 and joined BET’s West Coast production operations and helped launched its first program in BET’s Burbank Studios. There, Hart served as host and senior producer of BET’s, Live From LA with Tanya Hart, where she interviewed celebrities and recorded over three hundred episodes. Also in 1990, she interviewed Winnie Mandela during the world tour with Nelson Mandela, for a U.S. television exclusive. In 1992, Hart was based at the Walt Disney Studios lot, where her company, Tanya Hart Communications, developed and produced films, television programs, syndicated radio programs, and music with Boston International Records and Hollywood Records. In 1995, Hart became an entertainment correspondent on the KACE-FM morning show in Los Angeles. She also served as a host with Roger Ebert covering the Academy Awards, and appeared as herself in the iconic All My Children. For six years, she served as a correspondent and alternate host of E! Entertainment’s The Gossip Show. From 2001 to 2005, Hart hosted the daily syndicated radio feature Hart Moments which her company also produced. In 2003, excerpts from her interview with Tupac Shakur were featured in the documentary Tupac: Resurrection. In 2005, she released her debut album Tanya Hart Sings. She has also produced several documentaries for PBS, as well an audio documentary Ray Charles: The Music Lives On. In 2006, Hart was a producer and guest disc jockey on Live in Hollywood, the weekly syndicated television show. She became host of Hollywood Live with Tanya Hart on American Urban Radio Networks (AURN). Hart has also appeared on Rolonda, Court TV, Inside Edition, Celebrity Justice, Sally Jessy Raphael, Geraldo and Forgive or Forget.

Hart has been recognized with numerous awards, including The Diversity In Media Award from the Caucus of Producers, Writers and Directors, four Emmys, eight Emmy nominations, and five medals from the International TV and Film Festival of New York. In addition, she received the Peabody and Ohio State Awards for her documentary films. In 2016, she became co-chair of The Caucus for Producers, Writers & Directors, making her the first African-American and first woman to lead the organization

Tanya Hart was interviewed by The HistoryMakers on August 16, 2017.