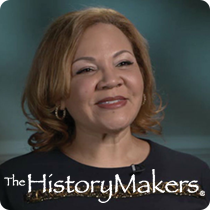 Financial advisor and civic leader Tamara Harris Robinson was born on August 13, 1967 in St. Croix, U.S. Virgin Islands to Theresita Shelburn Harris and Earl Harris. Robinson graduated from the Philadelphia High School for Girls in 1984, and went on to earn her B.A. degree in economics, with a minor in Spanish, from the University of Pittsburgh in 1988. She then earned her M.B.A. degree from the University of Pittsburgh in 1989, and her M.S.W. and E.M.P.A. degrees from New York University in 2012.

From 1990 to 1994, Robinson worked as an associate at Prudential Financial in Newark, New Jersey and Scranton, Pennsylvania. Robinson then became an equity research analyst at Deutsche Bank in 1996. In 1997, she began working at Salomon, Inc. in Hong Kong. Robinson and her then-husband founded the North Jersey Advocates for Education and the Robinson Harris Foundation in 2004, working with the United Negro College Fund (UNCF) to provide scholarships for minority students. Robinson served as president of the North Jersey Advocates for Education from 2003 to 2009. In 2011, Robinson founded the Haramat Group, serving as chief executive officer. Then, in 2013, she founded Tamara Harris LLC, a divorce consultation firm. Robinson became an adjunct professor at New York University’s Silver School of Social Work in New York City in 2015.

Robinson was active in various organizations throughout her career as well. From 2008 to 2013, she served as vice chair of the United Negro College Fund board of directors, and as chair of the UNCF’s 2012 “A Mind Is…” Gala. Robinson also served as an adjunct professor of public child welfare at Montclair State University and as an adjunct instructor of management and organization practice at New York University Silver School of Social Work. She was a member of the National Association of Professional Women, the Studio Museum in Harlem’s Global Council, the Apollo Theater’s Women’s Committee, and the Davis Museum at Wellesley College’s Director’s Council. Robinson served on the board of trustees at Second Stage Theatre as well.

Tamara Harris Robinson was interviewed by The HistoryMakers on December 17, 2016.

See how Tamara Harris Robinson is related to other HistoryMakers
Donate Now
Click Here To Explore The Archive Today!