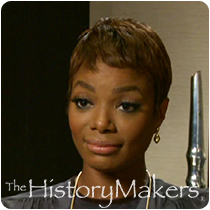 "To whom much is given, much is expected. To Thine Own Self Be True."

Journalist and entrepreneur Tai Beauchamp was born on January 7, 1978 in Newark, New Jersey. She graduated from Spelman College in 2000 with her B.A. degree in English Literature and received a certificate in television production from New York University in 2003.

Beauchamp began her career as an intern for Good Housekeeping and Harper’s Bazaar magazines in 1998. In 2000, she was hired at O, The Oprah Magazine as a fashion and beauty assistant, but was soon named associate beauty editor. In 2003, Essence magazine/Time Inc. hired her to serve as the beauty editor of several prototypes that later became Suede magazine. In 2004, Beauchamp became the youngest and first African American appointed to the role of beauty and fitness director at Seventeen magazine.

In 2006, after briefly serving as deputy editor of VIBE Vixen magazine and consulting with The MCJ Foundation, Beauchamp launched and served as chief executive officer of BluePrint Group, LLC (Tai Life Media, LLC), a branding and marketing firm. She became a style contributor and correspondent for iVillage.com in 2008; and in 2011, was hired as a national correspondent for InStyle magazine. Beauchamp was also appointed style and beauty correspondent for Proctor & Gamble’s My Black Is Beautiful campaign, and in 2012, was named InStyle’s style ambassador.

Beauchamp has appeared as a style expert and personality on ABC, BET, CNN, NBC Today, TV One, E! and frequently contributed to The View, Wendy Williams Show, Bethenny, The Recording Academy, and other networks. She has also worked with Target, Macy’s, Dior Cosmetics, Nordstrom, AT&T, The Limited, MSL Group, Avon, Black Enterprise magazine, The Sundance Channel, and Universal Records.

Beauchamp has volunteered with Big Brothers Big Sisters, Dress for Success, and Step Up Women’s Network. She served on the advisory boards of WIE Network, Harlem's Fashion Row, St. Vincent Academy in Newark, New Jersey, and New Jersey Needs You. She also served on the women’s board of trustees of the New Jersey Performance Arts Center. Her awards include the Thurgood Marshall College Fund Prestige Award, which she received in 2009.

Tai Beauchamp was interviewed by The HistoryMakers on October 7, 2014.