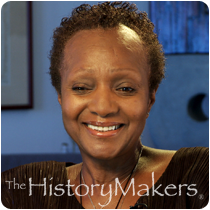 See how Sylvia Waters is related to other HistoryMakers

Artistic director and dancer Sylvia Waters was born in New York on January 22, 1940. She began dancing in junior high school and joined an after school dance group when she was twelve years old. Waters went on to attend The Juilliard School, where she studied with Martha Graham, José Limón, and Anthony Tudor. She received her B.S. degree from Juilliard in 1962, continuing her studies at the Martha Graham School of Contemporary Dance.

Waters began dancing with Donald McKayle’s dance company before touring Europe, performing in Langston Hughes’ Black Nativity in 1964. Waters then settled in Paris, France for three years, where she appeared on television and danced in the Paris Opera Ballet under Michel Descombey. After performing at the 1968 Olympics in Mexico City, in Maurice Bejart’s Ballet of the Twentieth Century, at which Alvin Ailey’s Revelations was also performed, Waters returned to the United States and began touring as a principal dancer with the Alvin Ailey American Dance Theater company. In 1974, the Alvin Ailey Repertory Ensemble, later renamed Ailey II, was founded in order to help Ailey dance students transition into the professional world. A year after its creation, Waters was hired as the director. Ailey II has since toured all over the country as one of the most successful companies in the United States.

Waters has received numerous awards, including an honorary doctorate from the State University of New York at Oswego, the Dance Magazine Award, Syracuse University’s Women of Distinction Award, and the Legacy Award from the twentieth Annual International Association of Blacks in Dance Festival. She has also served as a panelist for the National Endowment for the Arts and the New York State Council on the Arts, and has worked as a guest lecturer at Harvard University in 2001.

See how Sylvia Waters is related to other HistoryMakers
Click Here To Explore The Archive Today!