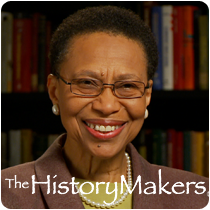 Mathematician Sylvia Bozeman was born in Camp Hill, Alabama in 1947. She was the third of five children to Horace T., Sr. and Robbie Jones. Although her father worked with numbers daily in his profession as an insurance agent, it was her mother, a housewife, who first cultivated Bozeman’s love for mathematics. In 1964, Bozeman graduated valedictorian of Edward Bell High School in Camp Hill, and in the fall enrolled at Alabama A&M University in Huntsville, AL. Bozeman graduated from Alabama A&M University 1968 with her B.S. degree in mathematics. She went on to earn her M.A. and Ph.D. degrees in mathematics, from Vanderbilt University in 1971 and Emory University (Atlanta) in 1980, respectively. The areas of her research and publications have included operator theory in functional analysis, projects in image processing, and efforts to enhance the success of groups currently underrepresented in mathematics.

Upon graduation, Bozeman worked for one year as an instructor of mathematics at Tennessee State University, and then joined the faculty in the Mathematics Department at Spelman College in Atlanta, Georgia. She began as an instructor in 1972, became assistant professor in 1980, an associate in 1984, and full professor in 1991. Moreover, Bozeman served as chair of the Mathematics Department from 1982 to 1993, as adjunct faculty in the Math Department at Atlanta University from 1983 to 1985. In 1993, Bozeman established the Center for the Scientific Applications of Mathematics at Spelman College, and served as director. In a special partnership between the mathematics departments of Spelman College and Bryn-Mawr College, Bozeman co-directs Enhancing Diversity in Graduate Education (EDGE), a national program that assists women in mathematics in making the transition from college to graduate school. In 2007 the EDGE Program was given special recognition by the American Mathematics Society for its effectiveness.

Her noted scholarly activities include several publications, funded research (by NASA, the US Office of Army Research and the Kellogg Foundation); and her recognitions, contributions, and services as a gifted teacher and presenter. Bozeman is a member of the Mathematical Association of American, and, in 1997, she became the first African-American elected as an MAA Section Governor in the association’s eighty-two year history.

Bozeman and her husband, Dr. Robert Bozeman, live in Alabama with their two children, Robert, Jr. and Kizzie.

Sylvia Trimble Bozeman was interviewed by The HistoryMakers on December 18, 2012.