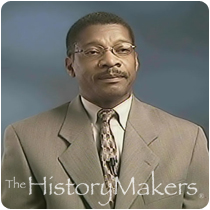 See how Sylvester Monroe is related to other HistoryMakers
Donate Now

Journalist and best selling author Sylvester Monroe was born August 5, 1951 in Leland, Mississippi. Raised by his mother, Hattie Mae Monroe Kelley, in Chicago’s housing projects, Monroe attended John B. Drake and Douglas Elementary Schools. At Phillips High School, Monroe and two friends were introduced by a teacher to the United States Office of Economic Opportunity’s “A Better Chance” program, which led to his enrollment and graduation from the elite college preparatory, St. George's School in 1969. After graduation, Monroe applied and was accepted into Harvard University. During the summers, Monroe interned at Foote, Cone and Belding and Newsweek magazine. Monroe graduated from Harvard University, cum laude with a B.A. in social studies in 1973.

Starting as a full time correspondent in Newsweek’s Boston bureau, Monroe covered the Kenneth Edelin abortion trial and school desegregation in South Boston. He served as Newsweek’sChicago correspondent and from 1976 to 1978, as Deputy Bureau Chief from 1978 to1983 and as Boston Bureau Chief from 1983 to 1985, when he joined Newsweek’s Washington bureau. Monroe won several awards for his reporting on such stories as “Why Johnny Can’t Write”, “American Innovation”, and the three part series “Why Public Schools are Flunking”. Monroe covered Harold Washington’s successful Chicago mayoral campaign in 1983 and Reverend Jesse L. Jackson’s bid for the U.S. presidency in 1984. In 1987, Newsweek featured a cover story about Monroe’s return to Chicago’s housing projects to follow up on eleven of his childhood friends. The story, “Brothers” co-authored with Newsweek senior editor, Peter Goldman, developed into a best selling book, Brothers: Black and Poor—A True Story of Courage and Survival. Monroe joined TIME Magazine in 1989 as a Los Angeles-based correspondent. There, he worked as a principal reporter for post riot coverage of the Rodney King trial, as well as on the 1993 cover story, “Is L.A. Going to Hell?” and a 1994 feature about Minister Louis Farrakhan. Monroe became deputy managing editor of the San Jose Mercury News in 2001, but later that year joined the Atlanta Journal – Constitution as Sunday editor for the National /Foreign Desk. In 2006, Monroe joined the staff of Ebony Magazine as Senior Editor, where he was political editor and covered Barack Obama's presidential campaign. Since leaving Ebony in 2009, he has worked as a freelance editor and writer for several publications including The Root.com and The Defendersonline.com. Most recently, Monroe has been a contract editor and writer on the Corporate Citizenship Team at Oracle Corp. and Oracle Education Foundation.

A former vice president of the National Association of Black Journalists, Monroe served on the board of St. Georges Preparatory School and is a frequently sought after as a public speaker.

Monroe, who still considers Chicago home, has a son, Jason and lives in Atlanta.

See how Sylvester Monroe is related to other HistoryMakers
Donate Now
Click Here To Explore The Archive Today!