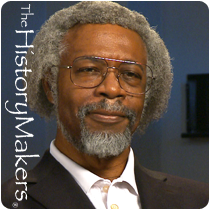 See how Sylvester James Gates, Jr. is related to other HistoryMakers

Physicist and physics professor Sylvester James Gates, Jr. was born on December 15, 1950 in Tampa, Florida to Charlie Engels and Sylvester James Gates, Sr. His father worked for the U.S. Army, causing the family to move many times. Gates had lived in six cities by the time he reached the sixth grade. His parents always stressed the importance of education and his father bought him a Encyclopedia Britannica set when he was just eight years old, sparking his interest in science. Gates graduated from High School in 1969. With the encouragement of his father, Gates applied and was admitted to Massachusetts Institute of Technology (MIT). He earned his B.S. degrees in mathematics and physics in 1973. Gates remained at MIT for four more years, earning his Ph.D. degree in physics in 1977. His thesis, “Symmetry Principles in Selected Problems of Field Theory,” was the first at MIT to deal with supersymmetry.

In 1977, Gates went on to attend Harvard University as a junior fellow in the Harvard Society of Fellows. He remained at Harvard until 1980, when he moved to California to work as a research fellow with the California Institute of Technology. In 1982, Gates accepted a position as an assistant professor of applied mathematics at MIT. During this time, he also served as director of the Office of Minority Education. Gates joined the University of Maryland as an associate professor of physics in 1984, and became a full professor in 1988. He briefly served as a professor of physics at Howard University from 1990-1993, before returning to teach exclusively at the University of Maryland in 1994. While at Howard, Gates served as the director of the Center for the Study of Terrestrial and Extraterrestrial Atmospheres. In 1998, Gates was named the John S. Toll Professor of Physics at the University of Maryland, becoming the first African American to hold an endowed chair in physics at a major research university in the United States.

Gates’s work in mathematics and theoretical physics has greatly contributed to knowledge about supersymmetry, supergravity and string theory. He has written or co-written over 120 research papers and articles. Working with M.T. Gisaru, M. Rocek, and W. Siegel, Gates co-authored Superspace or 1001 Lessons in Supersymmetry, a standard textbook on the topic of supersymmetry. Gates received numerous honors and awards, including being the first recipient of the American Physical Society’s Edward A. Bouchet Award. In 2009, President Barack Obama named Gates a member of the President’s Council of Advisors on Science and Technology. In addition to his research, Gates is known for advocating the importance of education and being able to easily explain complex physics theories to a non-physics audience.

Sylvester James Gates, Jr was interviewed by The HistoryMakers on August 30, 2012.

See how Sylvester James Gates, Jr. is related to other HistoryMakers
Click Here To Explore The Archive Today!