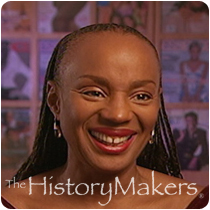 "All for one and one for all."

Susan Taylor was born in New York in 1946. In her early twenties, the young entrepreneur started Nequai Cosmetics, one of the first companies to create beauty products for African American women. Although her product line was well received in African American communities and in the Caribbean, Taylor was interested in expanding her career. She heard that Essence Magazine, a fledgling publication catering to African American women, was looking for a beauty editor. Taylor approached the then editor-in-chief Ed Lewis for the position and, in 1970 at the age of twenty-three, was hired. Although Susan Taylor had never attended college, she was a licensed cosmetologist who understood the specific needs and concerns of black women. Her monthly articles were popular with African American females who were historically undervalued and underrepresented by media companies. Taylor soon became responsible for fashion as well as beauty and, in 1981, was promoted to editor-in-chief, a post which she held until July 2000.

Under Susan's expert guidance, Essence Magazine experienced phenomenal growth. Their monthly readership soared to over five million people, reaching black women all over the world. Capturing the hearts of Essence readers was Susan's monthly column "In the Spirit," which addressed themes such as family, faith, self-esteem and health. Her motivational features culminated in the popular books, "In the Spirit: The Inspirational Writings of Susan L. Taylor" and "Lessons In Living." She also became a popular speaker on the lecture circuit.

In March 1986, Taylor was elected vice president of Essence Communication, Inc. and senior vice president in 1993. She was the host and executive producer of "Essence," the country's first nationally syndicated African-oriented magazine television show, the Essence Awards show and the Essence Music Festival.

Although she recently stepped down from her duties as editor-in-chief, Susan Taylor will remain as the chief editorial executive responsible for the overall vision, articles and images of the publication. She also maintains a high profile in the community, where she is a staunch advocate for the nation's poor. Taylor is an avid supporter of Edwin Gould Services for Children, a foster-care agency, and serves on the advisory board for Aid to Imprisoned Mothers. Many recognize her tireless work and charitable contributions. In 1988, Taylor received an honorary doctorate of humane letters from the nation's first black college, Lincoln University and a second honorary doctorate for the University of Delaware in 1993. She is a recipient of the 1992 First Person award from the New York City Mission Society.