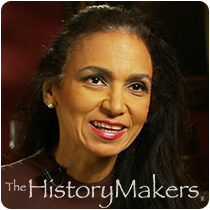 "Tomorrow Is Another Day."

Author, television writer and producer Susan Fales-Hill was born on August 15, 1962 in Rome, Italy to Timothy Fales and Haitian-American actress, Josephine Premice. Fales-Hill was raised in New York City, and graduated from the Lycee Francais de New York in 1980. In 1985, she graduated with her B.A. degree in history and literature from Harvard University.

In 2003, Fales-Hill published Always Wear Joy: My Mother Bold and Beautiful, a critically acclaimed memoir about her mother. The book was a finalist for the NAACP Image Award and the Zora Neale Hurston/Richard Wright Legacy Award for Nonfiction. It was an Atlanta Daily Choice Awards winner, and received a starred review from Kirkus. Fales-Hill has authored two other books: 2010’s novel, One Flight Up, and 2013’s Imperfect Bliss. She has also written several magazine articles that have appeared in Town & Country, Vogue, Glamour, American Heritage, Ebony, Essence, Avenue, and Travel and Leisure.

From 2003 to 2006, Fales-Hill served as an elected director of the Harvard Alumni Association, and from 2003 to 2010 as a member of Harvard University’s Committee on University Resources. She also served on the boards of the Studio Museum of Harlem and the American Ballet Theatre. From 2004 to 2007, Fales-Hill co-chaired the American Ballet Theatre Spring Gala.

Fales-Hill has also received many honors and awards. Under her leadership, A Different World was nominated for the prestigious Humanitas Award. The episode she wrote on AIDS, "If I Should Die Before I Wake," received the 1991 Maggie Award from Planned Parenthood, the 13th Annual Media Access Award from the California Governor's Committee for Employment of Disabled Persons, and the Nancy Susan Reynolds Award. Fales-Hill has also received the the Producer’s Guild of America’s Nova award, a “Special Recognition Award” from the Friends of the Black Emmys, and the Excellence and Heritage Award from Dillard University. In 2001, she was named to the International Best Dressed List Hall of Fame.

Susan Fales-Hill was interviewed by The HistoryMakers on December 13, 2013.