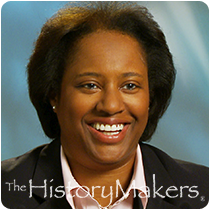 Broadcast company executive Susan Davenport Austin was born in 1967. Her parents are Judith Davenport and Ronald R. Davenport, the founders of the Sheridan Broadcasting Corporation. Austin received her A.B. degree in mathematics from Harvard University in 1989, and her M.B.A degree from Stanford University Graduate School of Business in 1993.

In 1993, Austin was hired as an investment banker at Salomon Brothers, Inc., where she went on to serve as a vice president in telecommunications finance. From 1997 to 2000, she worked as an associate director for Bear, Stearns & Company. Austin was subsequently appointed as a vice president in the communications, media and entertainment group at Goldman, Sachs & Co., where she served until 2001. Then, in 2002, she was named vice president of strategic planning for her family’s Sheridan Broadcasting Corporation (SBC). In 2004, Austin became president of the Sheridan Gospel Network; in 2007, she was made senior vice president and chief financial officer of SBC. She was named vice chairman of SBC in 2013.

In 2011, Austin became the first woman and first African American elected as chairman of the board of directors of Broadcast Music, Inc. (BMI). She also serves on the boards of Prudential Variable Annuities, Hubbard Radio, and Sheridan Broadcasting Corporation. In addition, Austin has served as vice chair of the National Association of Broadcasters’ Audit Committee, as president of the Stanford Business School Alumni Association, chair of the Lower Eastside Girls Club, board member of the National Association of Broadcasters Education Foundation, and as president of the board of the MacDowell Colony.

Austin was honored by Girls Incorporated in 1998 and received the inaugural John W. Gardner Volunteer Service Award from The Stanford Graduate School of Business in 2002. In 2008, she received the International Gospel Industry Service Honor and the Thurgood Marshall College Fund Prestige Award. Radio Ink Magazine has named her one of the Most Influential African Americans in Radio and one of the Most Influential Women in Radio. She has been profiled in Womensbiz, Ebony and XII magazines.

Susan Davenport Austin was interviewed by The HistoryMakers on July 15, 2014.