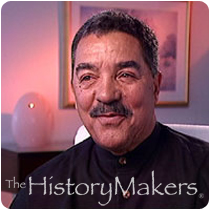 See how Stuart Rankin is related to other HistoryMakers

Advertising executive Stuart Rankin was born in Springfield, Massachusetts, on November 24, 1936. After attending grade school there, his family moved to Cincinnati, Ohio, when he was eleven years old. Graduating from high school in 1956, Rankin went on to attend the Ohio State University, earning a B.S. in education in 1961.

Rankin began his career in advertising in 1963, working with Johnson Publishing. In 1965, he moved to Chicago advertising giant Leo Burnett, working with clients such as Procter & Gamble and Philip Morris. He was also part of a team that provided marketing seminars to M.B.A. students at Big Ten universities. Leaving Leo Burnett in 1971, Rankin joined Jesse Owens & Associates as a senior consultant and served as vice president. He remained there for ten years, working with Mercedes Benz and Walt Disney Productions, among others. Rankin became the advertising manager for the New York Times Company in 1981, and in 1987 he left to form Equinox Advertising. During his nine years there, he serviced such clients as Anheuser-Busch, Kentucky Fried Chicken and Ameritech.

Since retiring in 1996, Rankin has served as an advertising and marketing consultant to a number of organizations. He is married to Marlene Owens Rankin, the daughter of track star Jesse Owens, and has served as a special consultant to the Jesse Owens Foundation. Active as a teacher, as well, Rankin has taught courses at Northwestern University and in the Chicago Public Schools. Rankin is also active with the alumni advisory board of his alma mater, Ohio State, serving on both the advisory council to the president and the communications advisory committee to the president. Rankin and his wife have been married for more than forty years. They have one son.

See how Stuart Rankin is related to other HistoryMakers
Click Here To Explore The Archive Today!