Information about Steven A. Minter 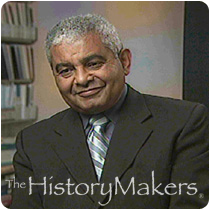 See how Steven A. Minter is related to other HistoryMakers
Donate Now

Minter served as president and executive director of the Cleveland Foundation from 1984 until his retirement in July 2003. Outside the foundation world, Minter spent over 15 years in governmental positions. In 1980, when the U.S. Department of Education was first formed, he served as its first under secretary. From 1970 to 1975, he was the commissioner of public welfare for the Commonwealth of Massachusetts. He had a career as a caseworker at the Cuyahoga County Welfare Department in 1960 in Cleveland, Ohio and became its director in 1969.

Minter served on the boards of numerous national and regional organizations, including the College of Wooster, Community Foundations of America, American Public Welfare Association and the National Community AIDS Partnership. He co-chaired Greater Cleveland’s Vision Council and served on the boards of the Greater Cleveland Roundtable, Northeast Ohio Council on Higher Education, the Union Club and Rockefeller Philanthropy Advisors. He is a director of KeyCorp and the Goodyear Tire & Rubber Company. He is also a former board member of Dominion Resources, Rubbermaid and Ohio Bell Telephone Company.

Minter is the recipient of numerous awards and honors, including the 2003 Distinguished Grantmaker Award presented by the Council on Foundations and the 1991 Ohio Governor’s Award for Excellence in Education.

Minter and his wife, Dolly, live in Shaker Heights, Ohio. They have three married daughters, two grandsons and one granddaughter.

See how Steven A. Minter is related to other HistoryMakers
Donate Now
Click Here To Explore The Archive Today!