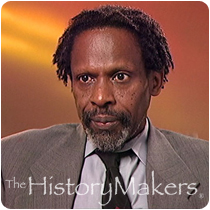 See how Standish E. Willis is related to other HistoryMakers
Donate Now

Criminal defense attorney Standish E. Willis is quick to make enemies in his work, but only because he insists on doing the right thing. Born in Chicago on August 16, 1941, the ex-gang member-turned-lawyer simply followed his conscience in choosing to take on unpopular clients whose civil rights are violated.

Willis grew up on the West Side, a blue-collar neighborhood and haven for gangs. When he was twelve, Willis joined the Van Dyke street gang and two years later was the leader of the Gents street gang. He became a father at age seventeen. Six months after graduating from Crane High School in 1960, Willis shipped off to the U.S. Air Force and shaped up. When he returned four years later, he took a job as a bus driver and began attending Crane College. As a student, Willis grew politically active, leading the campaign to name the new West Side campus Malcolm X College and organizing clubs and a "Communi-versity" to promote African and African American History.

In his career as an attorney, Willis has been an active crusader against police violence. He organized the African American Defense Committee Against Police Violence and later came full circle when he signed on to represent former street gang leader Aaron Patterson, who was convicted of a double murder in 1989. Willis took the case because Patterson claimed Chicago police beat a confession out of him, and Willis has made no apologies for offering counsel to such an unpopular figure.

In 1984, the Standish E. Willis Community Service Award was established to recognize a student for outstanding leadership and community involvement. Willis has been the recipient of several other awards for his service to civil rights and the community. Willis resides in Oak Park, Illinois. He has five children.

See how Standish E. Willis is related to other HistoryMakers
Donate Now
Click Here To Explore The Archive Today!