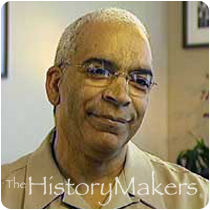 See how Stan Lathan is related to other HistoryMakers
Donate Now

Director and television producer Stan Lathan was born on July 8, 1945, in Philadelphia, Pennsylvania. The youngest of three children, Lathan attended public school in Philadelphia and went on to attend Pennsylvania State University, earning his B.A. degree in 1967.

Lathan began his directing career with the popular African American PBS series Say Brother; he then began directing episodes of Sesame Street in 1969 while working with well-known film director William Greaves. Over the following decades, Lathan directed numerous hit shows, including The Redd Foxx Show, Hill Street Blues, Miami Vice, Martin, and It's Garry Shandling's Show. Lathan also directed a number of dance specials for PBS featuring Mikhail Baryshnikov, Alvin Ailey, Martha Graham's Dance Company, and the Royal Winipeg Ballet. Lathan also executive produced and directed Cedric "The Entertainer" Presents and produced and directed It's Black Entertainment, a two-hour musical documentary for Showtime. Lathan did not limit himself to television; he directed Beat Street, and Save the Children, both feature-length motion pictures, as well as served as executive producer for Gridlock'd and How To Be A Player.

Lathan went on to become the executive producer and director of the HBO series Russell Simmons Presents Def Poetry, and served as the co-creator of Russell Simmons' Def Comedy Jam. Lathan was also responsible for developing the concept for Def Poetry Jam on Broadway, which won a Tony Award in 2003 for best Special Theatrical Event., and went on to tour nationally and in Europe.

Lathan was honored with four NAACP Image Awards and The National Association of Black Owned Broadcasters Award for his achievements. Lathan served on the Board of Directors of the RUSH Philanthropic Arts Foundation and on the Board of Visitors for the School of Communications at Pennsylvania State University.

Lathan and his wife, Marguerite, were residents of Beverly Hills.

See how Stan Lathan is related to other HistoryMakers
Donate Now
Click Here To Explore The Archive Today!