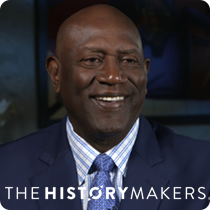 "He May Not Come When You Want Him, But He's Always Right On Time"

Basketball player Spencer Haywood was born on April 22, 1949 in Silver City, Mississippi. After graduating from Pershing High School in Detroit, Michigan in 1967, Haywood attended Trinidad State Junior College in Trinidad, Colorado. Haywood was selected to play on the United States men’s basketball team in the 1968 Mexico City Olympic Games and won a gold-medal for the United States. In 1969, Haywood transferred to the University of Detroit in Detroit, Michigan for his sophomore year. After experiencing racial discrimination on the University of Detroit basketball team, Haywood decided to leave college and play basketball professionally.

In 1969, Haywood played for the American Basketball Association’s (ABA) Denver Rockets. In 1970, at the age of twenty-one Haywood was voted ABA Rookie of the Year, Haywood signed with the National Basketball Association’s (NBA) Seattle Supersonics. At the time, the NBA prohibited teams from drafting players who were less than four years out of high school. Supersonics owner, Sam Schulman, and Haywood filed an anti-trust lawsuit against the NBA. The cased reached the U.S. Supreme Court (Haywood v. National Basketball Association), which ruled in Haywood’s favor. The NBA subsequently changed their policy, allowing younger players to enter the NBA draft if they could provide evidence of “hardship.” Haywood played a total five seasons with the Seattle Supersonics. He was traded to the New York Knicks in 1975. In 1979, Haywood transferred to the Los Angeles Lakers, playing for a single season before moving to Italy to play basketball for an Italian league in 1980. After returning to the United States, Haywood played for the Washington Bullets. He retired from professional basketball in 1983. Haywood published his autobiography, entitled Spencer Haywood: The Rise, The Fall, The Recovery in 1992.

Over the course of his career with the NBA, Haywood made four NBA All-Star Teams, two All-NBA First Teams, and two All-NBA Second Teams. He retired from the NBA with a total of 14,592 career points and 7,038 rebounds. Haywood was inducted into the Naismith Memorial Basketball Hall of Fame in 2015.

Spencer Haywood was interviewed by TheHistoryMakers on October 11, 2017.