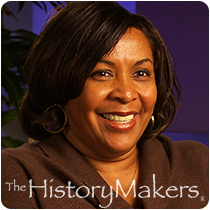 See how Sonya Ross is related to other HistoryMakers
Donate Now

Journalist Sonya Ross was born in 1962 in Atlanta, Georgia. She attended C.L. Harper High School, and received her B.A. degree in journalism and mass communications from the University of Georgia in 1984. Ross went on to attend Georgia State University from 1985 to 1987.

In 1985, Ross was hired as a library clerk at The Atlanta Journal-Constitution. She worked there until 1986, when she accepted a position as an intern for Associated Press in the Greater Atlanta area. Ross was then hired as a general assignment reporter at Associated Press in 1987, and was promoted to a legislative reporter in 1989. She was promoted again in 1992, and transferred from Georgia to Washington, D.C., where she worked as an urban affairs reporter until 1995. Ross then joined the Associated Press’ White House press corps and traveled with Presidents Bill Clinton and George Bush, as well as Secretary of State Colin Powell to thirty-nine countries. During the September 11, 2001 terrorist attacks, she was the print pool reporter who accompanied President Bush on Air Force One.

In 2002, Ross was named Washington, D.C.’s world services editor for the Associated Press, where she helped direct coverage of the wars in Afghanistan and Iraq and the worldwide campaign against terrorism. In 2004, Ross was appointed news editor for the Associated Press’ regional reporters in Washington, D.C., and, in 2010, she was named the organization’s first-ever race and ethnicity editor in order to capture the changing face of race and ethnicity in the United States.

Sonya Ross was interviewed by The HistoryMakers on December 4, 2013.

See how Sonya Ross is related to other HistoryMakers
Donate Now
Click Here To Explore The Archive Today!